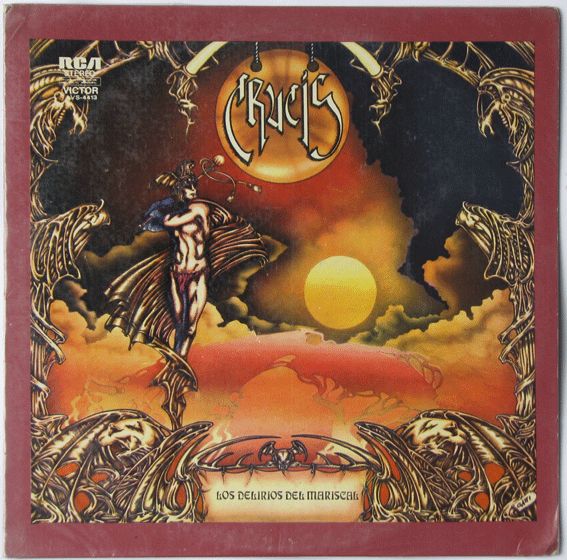 The short career of Crucis came to an end with the follow-up to their debut album. In the mid 70s. Mahavishnu Orchestra had really laid down the gauntlet and it influenced a lot of bands even outside the style. You can see that impact here as the band moves in a noticeably fusion-like direction, particularly on the second side of this rather short album. The pace of their music is absolutely blistering by this side, climaxing in an almost dizzying guitar and drums duel that is truly one for the ages. My friends and I at the time had this album on a fairly fast rotation basis and even played around with covering this piece at one point, which was probably more audacious than practical at the time. And again, like a lot of groups at this era in their last throes, the melodic nature of it always struck me as a bit sad. It has to be said though that this band really went out on a high note for sure. Definitely one of Argentina's 70s highlights and one has to wonder what happened to such fine musicians.

Bob Lind - Elusive Butterfly - The Complete 1966 Jack Nitzsche Sessions – In the early sixties at the height of the folk boom, Denver based singer/songwriter Bob Lind was regularly working the coffee houses in the area, and later (as the local folk scene dried up) moved to...  (2008) » Read more

Area - La Mela di Odessa – First off: to the best of my knowledge, this is a bootleg recording, of dubious legal origin, and the sound quality is marginal at best. If that scares you away, no need to read on further. Area...  (2000) » Read more

Museo Rosenbach - Rare, Unreleased & Live '72 – Museo Rosenbach's Zarathustra is one of the greatest symphonic/classical rock works of all time and has yet to be surpassed in the genre. These two titles are posthumous releases of live and demo...  (1996) » Read more

Rhesus O - Rhesus O – A lost relic from the early zeuhl period, Rhesus O was a band formed by keyboardist Jean-Pol Asseline and drummer Thierry Blanchard in 1971, along with five other musicians — among them Magma...  (1997) » Read more

St. Vincent on Being Born Backwards