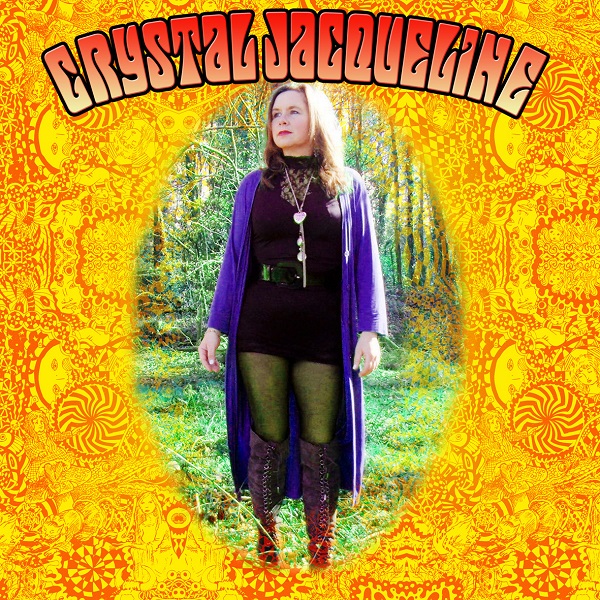 Ever since I discovered Crystal Jacqueline from her two Fruits de Mer releases, I have been fascinated and trying to fully grasp what she is doing musically. With the release of her debut album I have now concluded that she has created something new, what I will call Gothic psych. You only got a taste of this on her debut 7-inch single, all three songs are included on the album (“Cousin Jane,” “A Fairy Tale,” and “Play with Fire”). In addition there are seven songs penned by Icarus Peel, fellow Honey Pot band mate, and two other cover tunes that will surprise you: “Fly a Kite” from the Disney movie Mary Poppins and the album closer, Gordon Lightfoot’s “Sundown.” Many of these cover songs I would normally consider to be upbeat and cheerful. But Crystal’s beautiful voice and singing lends a sinister ambiance to the psychedelic and otherwise trippy music. I did not understand this when I listened to Crystal’s recent double 7-inch on FdM, which put me a little off on her renditions of “White Rabbit” and “I Had Too Much to Dream.” Now that I can listen to her cover tunes in context with her other songs, I can truly understand and appreciate what she is doing. As the FdM releases are all limited editions that sell out quickly, I highly recommend that anyone interested should by all means get a copy of Sun Arise. This album is available both as a CD and a juicy slab of bright yellow vinyl in a gatefold sleeve.

Ptarmigan - Ptarmigan – Well, here’s a lost gem from a bygone era! Ptarmigan was a relatively short-lived Canadian acoustic group. The core of the band consisted of singer and recorder player Glen Dias and twelve-string...  (2000) » Read more

It's a Tough Way to Make a Living