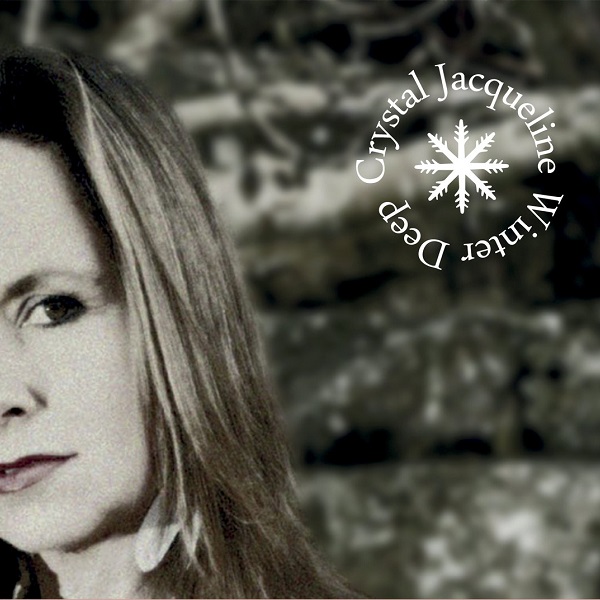 This past fall saw the release of Crystal Jacqueline’s first CD single from her 2015 solo album Rainflower. There are three songs on this CDEP: “Winter Deep” from Rainflower, a cover of Mike Heron’s “Feast of Stephen,” and a live rendition of “Rainflower / Mary Waiting” recorded at The Half Moon in Putney on August 11, 2015. “Winter Deep” may have been overshadowed by the other songs on Rainflower, but now you have an opportunity to really focus on this cold, wintry song. Crystal Jacqueline is the Snow Queen singing amid drifting snowflakes with the Aurora Borealis dancing in her hair. “Winter Deep” embodies the best of Pink Floyd’s Ummagumma eeriness. “Feast of Stephen” is an outstanding cover with beautiful harmonies and wah-wah guitar that far outperforms Heron’s original. The live two-song medley merges two songs from Rainflower. The live versions vary from the studio in that the only accompaniment to Crystal’s voice is Icarus Peel on acoustic guitar. Listening to the studio versions, you would never think of merging the two, but in an acoustic setting the transition is seamless and natural. I just have one small issue, which is the sound is a bit soft with a lot of reverb from the club. I am wondering if the song was recorded from the soundboard or using a mike in the room. Nevertheless, this is an excellent sample of Crystal Jacqueline's talent. Unfortunately, the limited edition CDEP is now sold out, but you can still download the tracks from Bandcamp.

Apostolis Anthimos - Back to the North – The longtime guitarist of SBB hasn’t released a lot of solo material, unlike bandmate Jozef Skrzek. In fact, apart from a couple discs in the 90s, this one is only the third. Here he takes a fun and...  (2007) » Read more