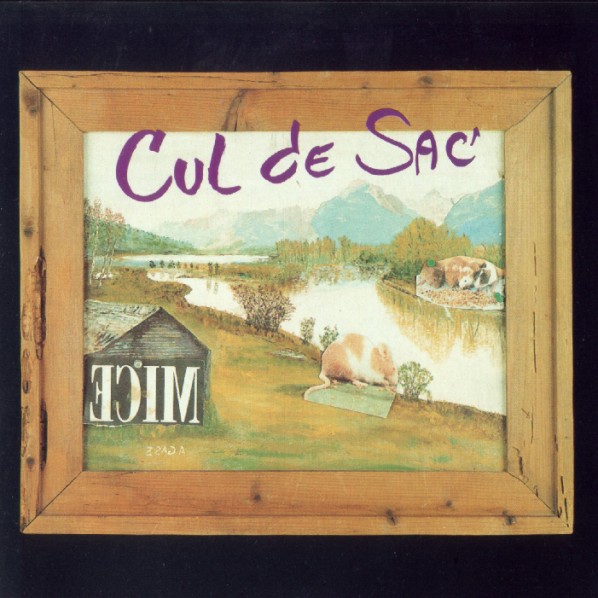 This four-piece from Massachusetts offers a free-wheeling neo-psychedelic sound that finds itself at home somewhere between current bands bands like Porcupine Tree, and the experimental music of earlier times like Faust or Fifty Foot Hose — a swirling miasma of novel ideas delivered with unbridled urgency. Completely liberated from any convenient labels, the material (mostly written by guitarist Glenn Jones) delivers on a multitude of levels. Most of the tracks are instrumentally oriented, but when vocals are used (tracks like "Nico's Dream" or "The Invisible Worm" — the latter co-written by synthesist Robin Amos) they are never done straight, but always treated, always deranged somehow, whispered, or barely intelligible, which all adds to the pervasive mysterious quality of their music. Most of the songs are permeated with electronic tweedling, either at the surface or just below, but unlike bands like Ozrics, who employ similar techniques, Cul de Sac does so in a way that often seems completely irreverent, giving their music a jagged feel which adds an additional layer of subliminal interest. Even a cover of John Fahey's "Portland Cement Factory" begins fairly normally, but halfway through is ripped apart, scrambled and reworked with an industrial vengeance before coming back to the familiar finger-picked solo guitar style. Like Djam Karet, Cul de Sac's music eschews instant accessibility, taking the long road and growing on the listener over a period of time, but that grip grows stronger with each play. I'll recommend this one highly to fans of any of the other bands mentioned herein, or anyone looking to approach from a more adventurous and experimental angle.