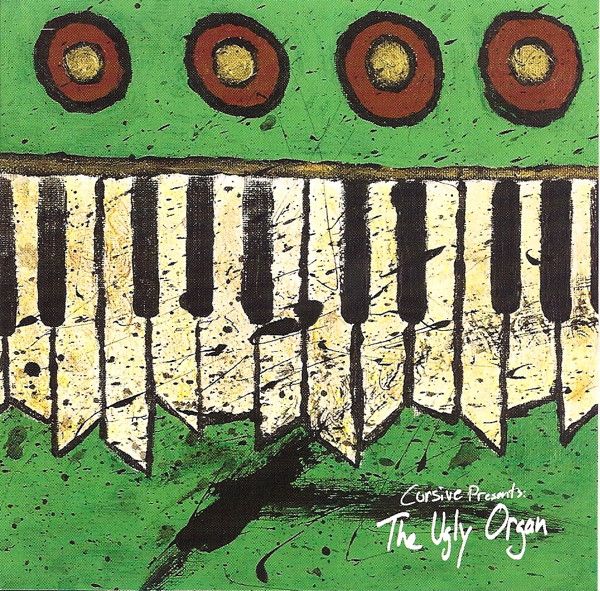 Last year many in the prog community embraced The Mars Volta and their infusion of prog ideas (and excesses) into alternative/indie American rock. Cursive is another band making the same kinds of moves, though with vastly different results. Like De-Loused in the Comatorium, The Ugly Organ runs its tracks together and comprises a concept, at least loosely, rather than a set of individual songs. But where De-Loused is slickly produced and deliberately obscure, Organ is less flashy and more viscerally intense, like John Lennon’s primal screaming grafted onto dissonant arty post-punk. Leader Tim Kasher often sings like a man possessed, and it’s a wonder he can avoid blowing out his vocal chords the way he screams. The music behind him is complex in subtle ways (though subtlety is an odd word to use with music that gets as loud as Cursive), relying on details of shading and arrangement rather than flurries of notes. Aside from the oblique and unruly songwriting, the full-time presence of a cello (in both melodic and rhythmic roles) helps set the band apart from other post-Nirvana purveyors of squalling guitar pop. The lyrics, in addition to conveying some raw emotions, rely on clever puns and literary allusions, actually acquiring depth when read in the booklet. Kasher obviously has some issues to work out, and we can feel lucky he chooses to do so in public with albums like this rather than in the privacy of a therapist’s office.

Garden Wall - Path of Dreams – After a rough, albeit promising debut, Principium, last year, I was surprised to find that this — Garden Wall's second album, delivers on most of those promises. For sure there are still some rough...  (1995) » Read more