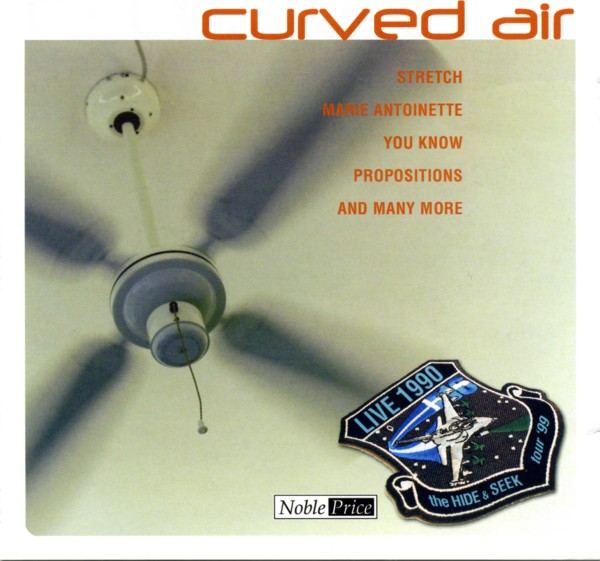 Curved Air was always one of the most talented bands that was unable to realize the financial rewards for leading the crest of the 70s progressive wave. This was due in part to the massive hype by the press for the band’s debut release, as well an unusual instrumentation similar to It’s a Beautiful Day with a harder edge. Live 1990 is the band’s second live attempt to recapture the glory of the early band’s personality, having reformed for the excellent Curved Air Live from 1975. What is creditable to hear in this recording is the fact that the members had not lost their edge despite their shying from the public eye. Both Darryl Way and Francis Monkman (violin and lead guitar) shine in their definitive roles as versatile performers who both switch to keyboards to allow the other solo space. Where this live version surpasses the previous live release is by the inclusion of a few rare tracks from the band’s repertoire including “Stretch,” an aggressive almost danceable piece, “Hide and Seek” and “Situations” from the debut album, along with vocalist Sonja Kristina’s “Melinda (More or Less)” from Phantasmagoria (1972). Plus the group doesn’t ignore the classics, such as “Vivaldi,” “It Happened Today,” “Marie Antoinette,” or “Young Mother.” The poor sound quality on the first autobiographical track, “Twenty Years On (Intro)” is the sole complaint I have about the disc. Altogether, the 13 pieces comprise the best collection of work for the uninitiated as well as the hard-core devotee.