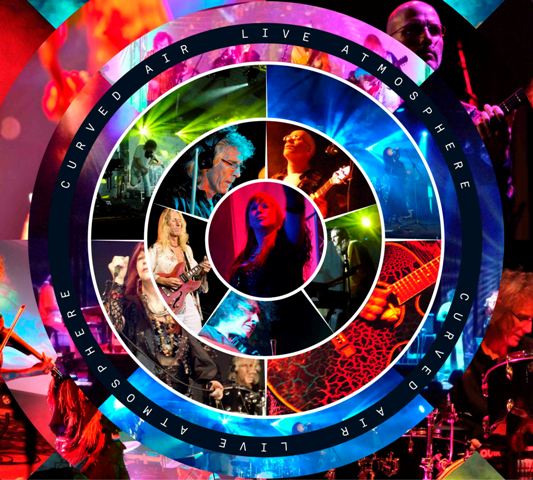 This set is documentation of the latest Curved Air reunion tour from 2010-2011, featuring singer Sonja Kristina, original drummer Florian Pilkington-Miksa, violinist Paul Sax who played with Sonja's Acid Folk back in the late '80s and has toured with Curved Air off and on since, plus newer members Chris Harris, Robert Norton and Kit Morgan, on bass, keyboards and guitar respectively. The hour long audio disc was recorded at various undisclosed points along the tour, and features a great sampling of material mostly culled from the band's first three albums from 1969-71, including some like "Phantasmagoria" and "Screw" that I don't recall being on any of their previous live albums. Kristina's voice is still powerful as ever, and the band is in top form throughout the set. The DVD is entirely different from the audio disc, beginning with a full performance of the six-minute instrumental "Armin" (from Air Cut), then moving on to a fourteen minute collage filmed at the 2011 High Voltage festival and other shows on the tour, including clips of "Vivaldi" and "Metamorphosis" neither of which are included on the audio disc. It's great to see this classic band back on the road performing their original material. Hopefully it won't be the last we see of this lineup.