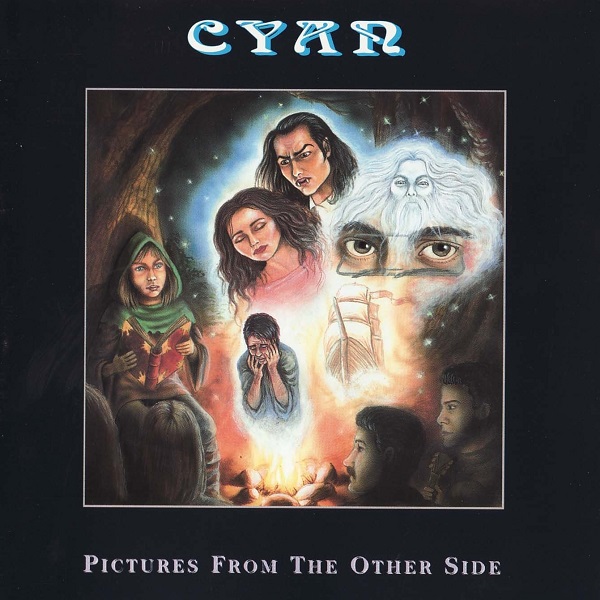 Take two moderately decent, although thoroughly modern sounding 10+ minute rock opuses, and sandwich a bunch of mediocre-at-best pop tracks between them, and you come up with something like this latest disc by the British two-piece Cyan — Robert Reed playing all instruments, and Nigel Voyle on lead vocals. Now I've never heard the debut CD, 1993's For King and Country, but am told that it was essentially Reed's one man project — the only remaining member of the original five-piece band that had recorded the original demos four years earlier. One would therefore think that in a search for a dedicated vocalist, Reed would find someone with an original style and power. Unfortunately, Voyle has neither, his thoroughly derivative wannabe Saga styled delivery rarely gets more than a few steps above annoying. Musically, there isn't anything between the first and last track that transcends ordinary pop, occasionally wrapped in some artificial neo-progressive textures, but otherwise vapid. The two longer tracks — "The Guardians" at twelve minutes, and "Nosferatu" at fourteen, are a little more interesting due to the musical development and limited amount of vocals, some very nice moments indeed — but these still have more than their share of trite unoriginalisms. Still, from these tracks, the evidence is there that Reed aka Cyan could craft a good album if he wanted to. The problem is that he hasn't. So the question becomes "Why?" There is so much good music — even neo-prog — out there that is so much better, why even bother with mediocre stuff like this?