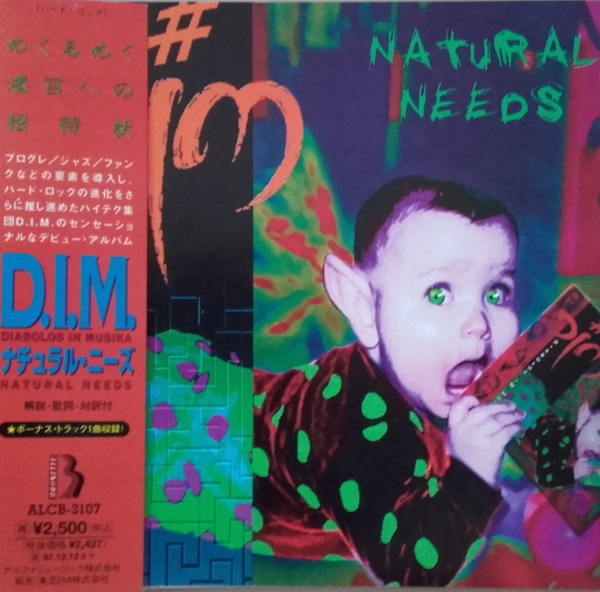 Normally I don't go for prog-metal, but this Norwegian four piece is so far above average that I can't help get excited about their debut Natural Needs. D.I.M. (which stands for Diabolos in Musika) it seems, has Yes as a major influence, evident in their harmonies, and in the tight rhythmic structures that bassist Fritz Aga and drummer Zsolt Mezaros execute so flawlessly. There is also a pronounced jazz influence which comes to the fore whenever the metal subsides, via the leads of guitarist Ronny Heimdal, as well as in the rhythm section. Both Heimdal and Aga double on keyboards, while frontman Oliver Weers-Eide handles all the lead vocals and harmonies. Naturally, everything is ratcheted up to the speed-metal level, but these guys have a sound rooted firmly in prog. The punchier tracks are separated by short one-to-two minute atmospheric interludes that lead out of one song and into the next, breaking the album up nicely. The lyrics, though, are another matter, and some may be disturbed by their explicit sexual and violent nature. If that kind of stuff bugs you, then stay away from this one. Otherwise, this is a very impressive debut by a talented young band pointed squarely at the future.

Fish - Fellini Days & Nights, Sashimi & Suits – Fellini Days is the ex-Marillion singer’s tribute to famed director Italian Federico Fellini best known for his avant-garde films such as La Dolce Vita and Satyricon. The director himself was a...  (2006) » Read more