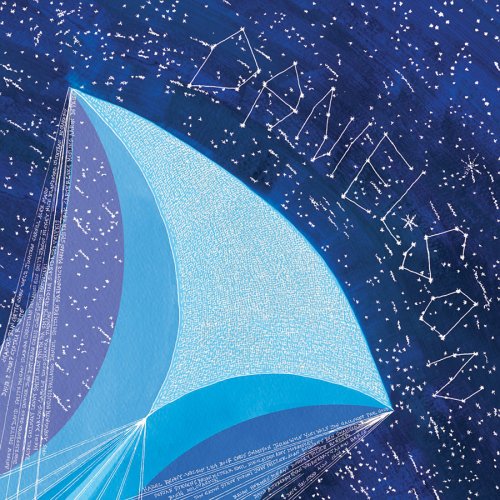 An erstwhile aberrant choir of miscreants, stumbling over themselves to get their operatic avant-garde leaning message out, might seem daunting at first. Sure, initially there will be a short sharp uptick to accustom and accept the fact that this is how the thing is done at the outset. Once strapped in, though, it's like a ferry ride through a carnival. Freaked vocals in a higher register bumble unabashedly down a bed of acoustic-led tumult. Niche like the kitsch of Tiny Tim, loads more palatable, yet no less nutty. If you like bouncing off the walls with glee and revelry as a time-shifting escape, this is the stuff for you. High spirits abound through the tracks being played with the reckless abandon of childhood. It is easy to say that nothing else sounds quite like this vacillating anomaly. It is continuously darting back and forth from one fellow setting his tunes to the ground to him being joined by a gaggle of others to relish the feisty conditions of romper room and succeed with the pride of young adults making coherent songs together. This is happy music and there is no doubt whatsoever that the bunch is having a grand time in producing and presenting it. A swollen cavalcade of humorous smiles shall forever accompany the playing of this album. A friend, encountering the unruly creature of Danielson, sprawling across his speakers, paid it little mind. A couple weeks later, he was totally hooked. Could happen to you too, total grower.