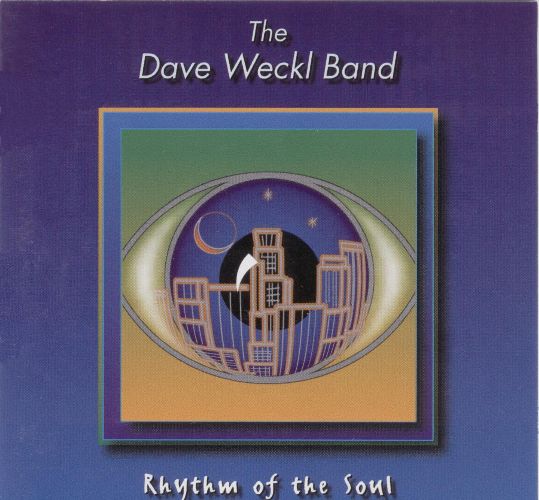 Back when I was in college, Weckl was God to every star-struck drummer who ever picked up a pair of sticks. His years behind the kit in both of Chick Corea's bands allowed him ample opportunity to display his surfeit drum chops and sky's-the-limit outlook - a sort of Steve Gadd pushed to greater technical extremes. Here he appears fronting his own ensemble, and though I know not how many previous albums he has completed, I no longer relish the thought of another slice of his music. To make my biases known: I prefer fusion with a sting of uniqueness that makes Brand X, Dixie Dregs, or Mahavishnu Orchestra so special. But Weckl's CD sounds like it could have been made by any random set of studio musicians you'd care to stick in a room together, at any time between 1982 and 1999. Eleven instrumental tunes, co-penned by Weckl and keyboardist Jay Oliver, make up the recording, which seems aimed at drummers wishing to study Weckl in detail, credits listing every piece of equipment, even down to his brand of sticks, heads, and shoes! If I had to capture the essence in one word, I would choose "orthodox." His band, consisting of guitar, bass, sax, and keys, plays in a commercial Tower of Power mode of 80s funk/fusion that leaves hardly a nook or cranny of room for originality. Behind the kit, Weckl usually keeps a steady supportive backbeat, complemented by the odd snare accent on an off-beat. At a certain point in each tune (almost without exception) you can expect that either he, or the bassist, will burst into a flurry of two or four-bar solo phrases. These highlights however are a sort of double-edged sword insofar as the flashy fills and soloistic drum breaks (impeccably executed though they are) inexorably serve to reveal the uneventfulness of the compositional substance. Furthermore, I had hoped a player of his stature would show a bit of cavalier, daredevil risk-taking, whereas here everything comes across as strictly calculated; as if every moment were rehearsed. Some of the quieter moments are perhaps more original, and more to my liking, but on the whole only those whose motive is to study how Weckl approaches a certain tempo or meter (how he works his fills and solos into these kinds of grooves) will benefit from a recording like this.