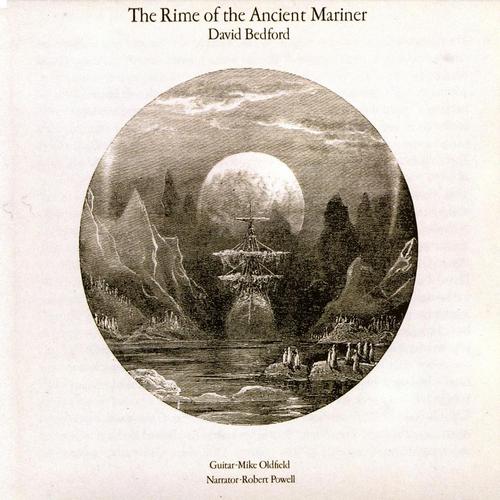 I never had the pleasure to hear this album when it was still only available on LP. The transfer to CD is fine, the noise is not disturbing this time. The subject of the album is the famous poem from the 19th century romantic poet Samuel Coleridge. Bedford could have gone for only a musical impression of the poem, but he wanted more. So the whole poem is being recited by the excellent intonating voice of Robert Powell, and that voice and music proves to be a winning combination. Bedford has created just the right melodies, themes and atmospheres to float along the great poem Coleridge created a century and a half ago. Like the poem, the music is also a masterpiece. We hear that typical unruly minimalistic building of suspense and unevenness in a way only Bedford can do. Although minimalistic in character, the outcome is more of a complex brew of piano, organ, bells, guitar and synth which culminates in a grotesque, sometimes medieval, but ever fascinating soundscape. Even within that framework Bedford does leave room for improvisation. Oh yes, there's even a children's choir aboard. It's deadly horrific in the uprising of dissonant harmony and strangely beautiful in the ultra soft passages. What more do you want from adventurous music?