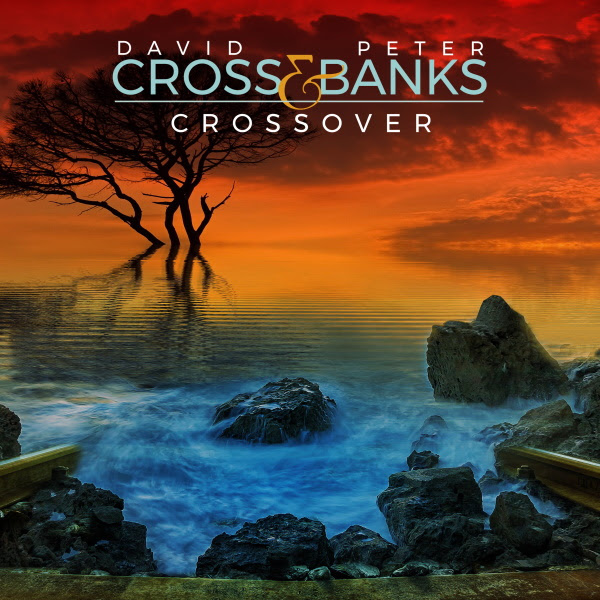 In August 2010, a few years before guitarist Peter Banks’ untimely passing, he recorded this session of improvs with David Cross, violinist of King Crimson in the 70s and many solo and collaborative recordings in the years since. Banks had always wanted to see this session released, though it wasn’t quite finished. Over the ensuing years Cross brought in a number of guest musicians to make it happen on this track or that, although two of the album’s eight tracks, including the closing title track, only feature Cross and Banks. Among the guests featured, all with their parts added after the fact, are drummers Pat Mastelotto, Jay Schellen, and Jeremy Stacey (the latter plays on two tracks, the others on one each), keyboardists Geoff Downes (one track) and Oliver Wakeman (two tracks) plus Tony Kaye on Hammond Organ on two, bassist Billy Sherwood, plus Randy Raine-Rausch on world instruments on “The Smile Frequency” and Andy Jackson does sound effects on “The Work Within,” all of the extra players doing an outstanding job supporting what was already recorded and never stealing the spotlight. For the most part the album is a somewhat dreamy and laid back endeavor with a lot of outstanding playing by the two principals, but it most certainly rocks at times, for example the opener “Rock to a Hard Place,” and “Plasma Drive” where Mastelotto adds his skills along with Sherwood on bass and Wakeman’s keyboards, evolving up from a shadowy dreamlike approach into powerful rock statement. “Laughing Strange” offers an alternating funky guitar figure with Cross’ crimsonesque violin escapades, with Jeremy Stacey and Tony Kaye offering their accompaniment to the piece. All taken, this is an outstanding album that will be welcomed to the ears of adventurous instrumental music listeners everywhere.