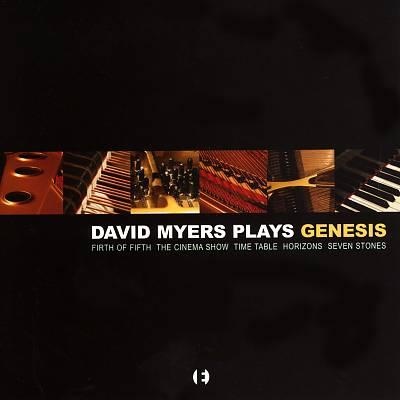 I'm amazed at the degree of involvement a person can have with a narrowly focused music interest and the length of time it can be maintained. David Meyers' relationship with Genesis' music began in 1978, which was the beginning of he and a friend's philosophy of "All Genesis All The Time." This was long before his tenure with The Musical Box which began in 1994. Instead of succumbing to mind-numbing boredom with such repetition, Myers would find ever deepening meaning through his intimate familiarity. Thankfully his interest and dedication continued long enough to produce this fine disc, another in a line of Genesis interpretations by various artists. Myers' album is the most intimate of all as he lacks the accompaniment of others. As if to underscore that difference, his album cover is neither created by Paul Whitehead nor does it bear any resemblance to Whitehead's landmark covers. Instead Myers uses photographic details of the beautiful Fazioli piano he used from the Chapelle historique Bon-Pasteur where the disc was recorded. The images' warm hues of black, white, and gold seem like visual cues for the luxurious tones of the music and the attention to detail in his arrangements. The selections are well chosen: aside from "Blood on the Rooftops" and "One for the Vine", these are from Nursery Cryme, Foxtrot, and Selling England by the Pound.