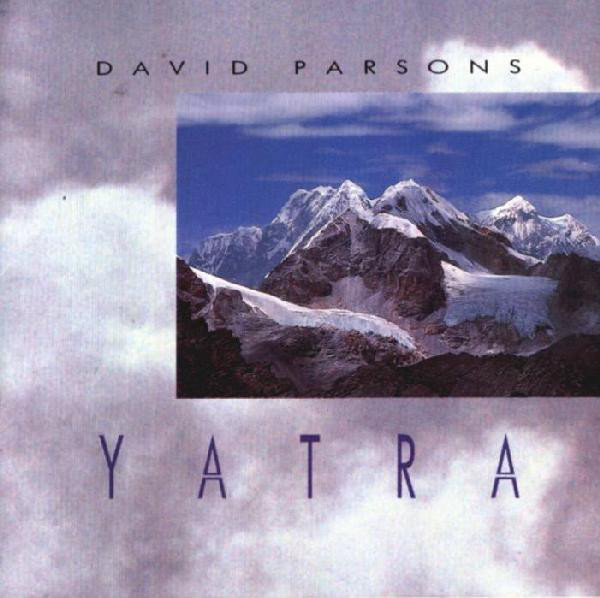 I was out to eat with a friend about two weeks ago and in the middle I noticed that the satellite radio station the restaurant was tuned to was playing cosmic space music, something I'd never heard anywhere before (even new age shops don't go for this kind of thing). I think it was probably classic Michael Stearns but then it faded out to something else. By this point I remembered my Shazam because the next piece was extremely familiar, and sure enough it turned out to be "Bengal Village" from David Parsons' Yatra. I've written about Parsons' Himalaya previously, but Yatra was for Parsons as Dreamtime Return was for Steve Roach at the time. Not only were both epic length albums that were expanded for the relatively new CD market of the time, but both started their musical journeys in a more extroverted style before going really deep with the long form music as the albums progressed. While Dreamtime Return was about Australia, Yatra was about Tibet and the Himalayas and the first group of short songs weave in found recordings and chants with a fusion of Eastern sounds and Western electronics. But by the end of the first disc's "Abode of Shiva," we are in very deep ambient territory reflecting the sheer geographical scope of the area with longform drones, om's and ah's, at times reflecting the pure nature of the environment and at others like a group of Buddhist vocalists performing together and at one with that same environment. New Zealand born Parsons in many ways has always created electronic music that is analogous but not quite the same as what was going on in the US during the same period. There seems to be an apprehension of that scene, but with a European label backing him (for almost his entire career) as well as the strong Eastern influences, the melding of all these styles gives him something of an independence that has carried him through numerous interesting albums. But Yatra is definitely one of his finest, and back in the day I travelled in and out of its environs many times.