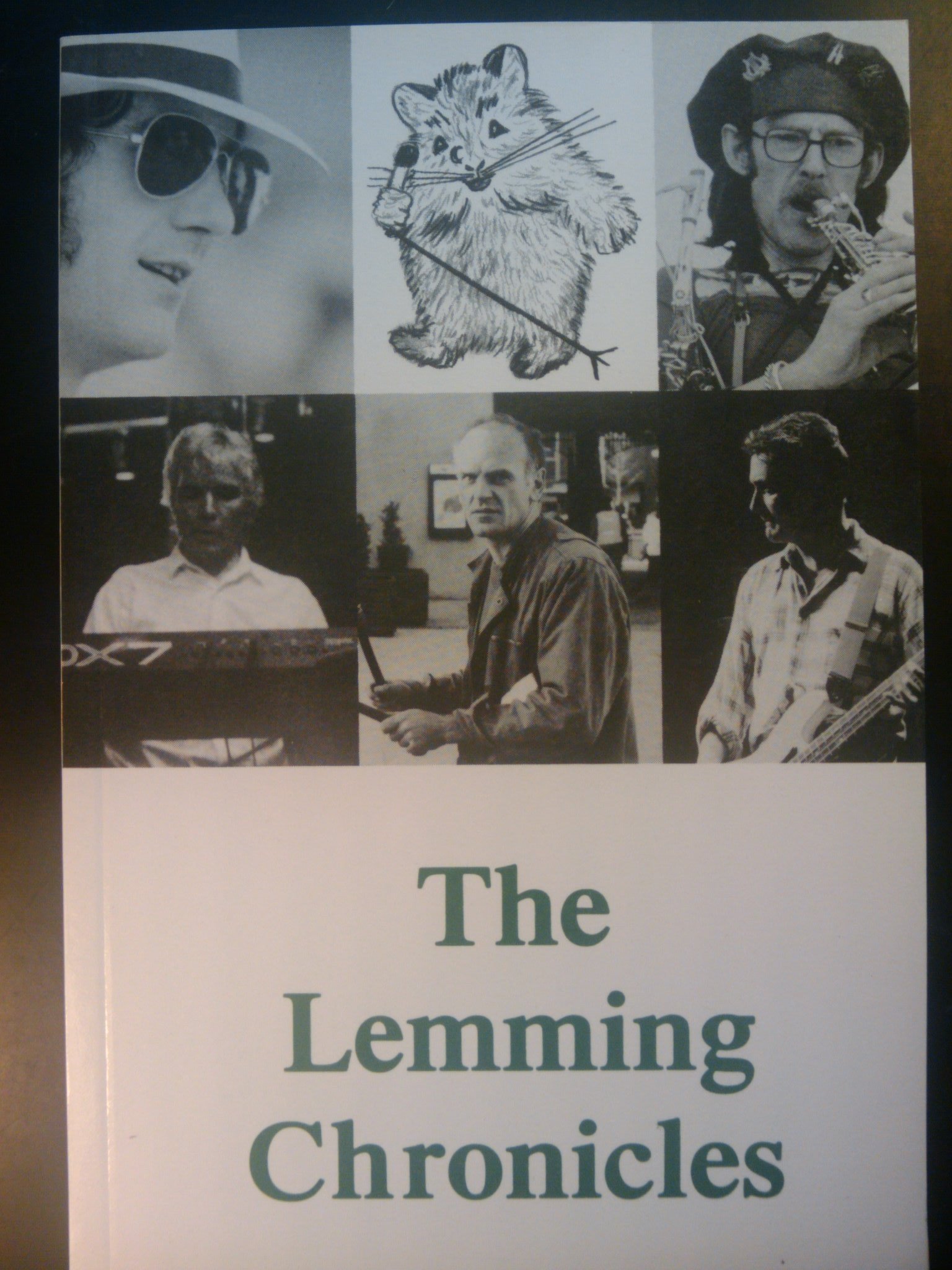 If you had to summarize, you could call this book a critical appreciation of the albums and concerts of Van der Graaf Generator and Peter Hammill as seen through the eyes of a fan who calls himself "Lemming," a sort of self-deprecating reference to his (once) sycophantic (now cured?) fervor for the music. He chronicles his love of the music over the years and how it relates to his personal life, and his friendship with another aficionado, a character he refers to as "Cog." What makes The Lemming Chronicles so appealing is that you get the story from a fan who was actually there at the time and witnessed the events first hand. All the way from the first time he laid eyes upon the "Four young gangling guys who loped onto the scaffolding stage after a warm introduction by John Peel," to the '71 concert where a friend tripped over Hammill's guitar case backstage, to a very eye-opening account of a Hammill / Keith Ellis duo opening slot for Marillion. It runs to almost 300 pages and is served up with such panache and eloquence of style that even the passages dealing with trivial matters, or those unrelated to the music (and there are quite a few) are entertaining. The hands-down prize winner for best anecdote was his encounter with, what must be, the most obnoxious, stuck-up record collecting fiend in existence — we've all had this experience but the author's was a real doozy! As an added bonus, there is the inclusion of a full discography, as well as a year-by-year rundown of both the group and solo careers.

This is the first (and thus far only) critical analysis of Peter Hammill's work in book form, and I believe it merits high praise. Shaw-Parker is an actor, and being well versed in literature gives his writing superb insight into the composer's mind. His analysis of lyrics and concepts does great justice to Hammill's efforts. What's more he is blessed by that particular British brand of wit that makes me giggle incessantly. If Hammill's unwillingness to cooperate with any "real" biography is anything by which to judge, this may be the only book we'll see on this subject for a while. (There are currently two biography-type books in the writing stage.) The Lemming Chronicles provides a fascinating look into how the huge body of Van der Graaf Generator and Peter Hammill's work is interpreted by a British music lover.

Hammill himself knows and endorses the book, as well. It is published by Fred Tomsett, editor of the fine fanzine, Pilgrims.

IZZ - I Move – Progressive rock fans seem to be split into two distinct camps when it comes to this kind of prog. IZZ operate in the same general area as Spock’s Beard – a rather poppish modern take on...  (2002) » Read more