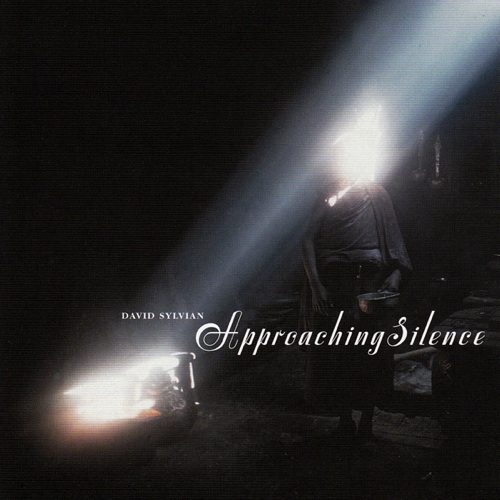 After a decade of “ambient” silence, Virgin subsidiary label Shakti has released a set of mysterious instrumental pieces by composer David Sylvian. This is the artist’s third collection of textural, non-vocal excursions, chosen from two Japanese multi-media presentations (1990 and 1994). The first track, “The Beekeeper’s Apprentice,” is a re-release from the limited edition Emberglance (a book of fine art plus CD) which was done with graphic designer Russell Mills. The tone of the track is cold and metallic with swelling bells and a vague sense of hazy disturbance. As is consistent with most drone compositions, a layer of backdrop is present over which eerie interjections of bells and gongs (by co-writer, percussionist Frank Perry) are applied like a subtle brushstroke. The title track is a joint working title with Robert Fripp who supplies Frippertronics as well as philosophical statements on the almost forty minute murmur. The sound collage suggests a mood of serenity as well as structure in watery ether, while the short connecting track, “Epiphany,” is Sylvian’s haiku of collected voices over a short train ride. Despite missing the visual aspect of the presentations, the trio of washes lead you to conjure stark imagery as well as curious backdrops shrouded by elusive optimism. Compared to Sylvian’s joint collaborations with Holger Czukay, this set of pieces matches the intensity of Flux and Mutability despite relying on a drone base.

Eleanor Hovda - Coastal Traces – Hovda is an important, yet little known composer who has been active on the contemporary music scene for over twenty years, mostly through live performances, scores for dance companies (of which...  (1999) » Read more