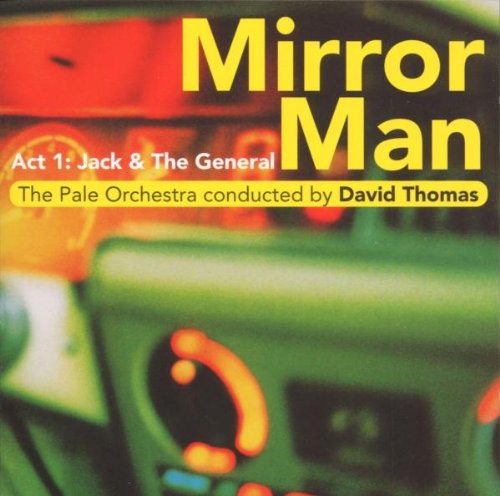 From a dizzy blurring pastiche of commentary and cadence comes a curious project, extremely artsy with obscure socio-overtones. The former lead vocalist of Pere Ubu, David Thomas has assembled one of the oddest collections of musicians for his "Pale Orchestra" project and this is only Act 1: Jack and the General. Starting out with poetry and recitation as the key focal point of the disc, political statements about the drift of priorities of the US are rampant. I can't help the obvious comparisons to a Captain Beefheart/Lou Reed/ Residents/Tom Waits event. Support is provided by several interesting participators including Linda Thompson who hasn't graced a live performance in almost fifteen years! Her lead vocal on "Nowheresville" is almost a Patti Smith style approach. Two prog heavy players, Peter Hammill and Chris Cutler, are utilized in instrumental support roles as part of the band: Hammill as second guitarist and harmonium player, Cutler on electric drums. Pieces such as "Ballad of Florida" benefit from a folksy motif with some brash echo trumpet from Andy Diagram. Plus there appears to be many more portions to this conceptual work as one part of the four day festival, "David Thomas: Disastrodome," how do they link? Missing the visual aspect of this work can be a bit disproving of the concept by making the proceedings more beat poetry than major multimedia event; hopefully there could be a DVD release? Overall, Mirror Man is a clever puzzle with many onion layers to peel. But I have no idea how long it takes to get to the center. Further info on the festival and a detailed context of the album's focus is available at www.projex.demon.co.uk.