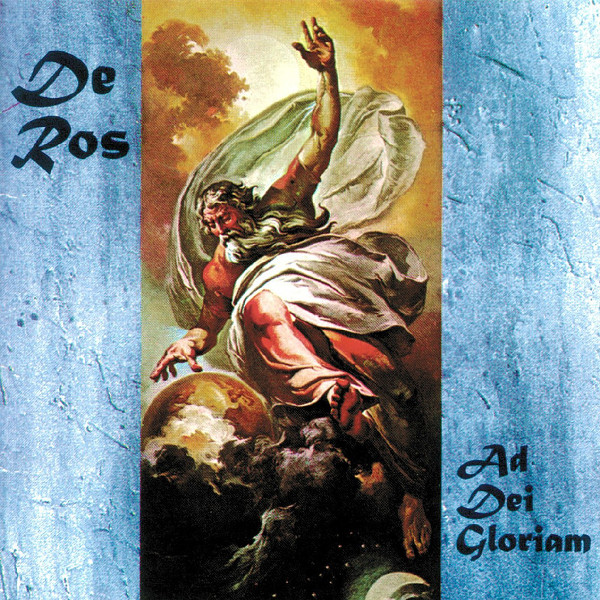 De Ros is a three-piece (guitar / bass / drums) South American group led by guitarist Marcos V. de Ros. Their all instrumental album is a blazing shredfest! If Ad Dei Gloriam was released in the USA, it would fit well on something like the Shrapnel label. All three musicians are extremely talented players. De Ros' guitar work is along the lines of people like Yngwie Malmsteen, Steve Vai, and John Petrucci. He plays with more of a blues influence than any of these people, so maybe mix in a little Eric Johnson and Joe Satriani too. Bassist Fabio de Mattos Alves plays with a style reminiscent of the Dregs' Dave LaRue and Michael Manring — lots of funky tap ons and slapping. As a group, De Ros partially resembles the Satriani trio or Yngwie's Rising Force minus keys. There are many other influences apparent throughout Ad Dei Gloriam though. The second track, "Almost Perfect," uses the Allan Holdsworth classic minor second (half-step) harmonies on some of the guitar fills. The title track sounds like a rock version of a Bach Prelude. A few of the tracks like "Ignis Fatuus" use middle eastern scales. "Taste of Poison" sounds remarkably like something the Bay Area band WHAT might play — a fast, "technical" blues number. Although there are no vocals on the album, there are a few funny spoken parts in between songs. This combined with some of the humorous song titles give the album a sort of a Zappa or Steve Vai whimsical persona. This album is a few years old now, but well worth checking out if you like harder edged instrumental music. These guys can really play!

Circa - Circa: 2007 – The continuing saga of Billy Sherwood finds him following up his efforts on Yes albums like Open Your Eyes and his collaboration with Chris Squire (Conspiracy) with an album of songs that sounds a lot...  (2009) » Read more