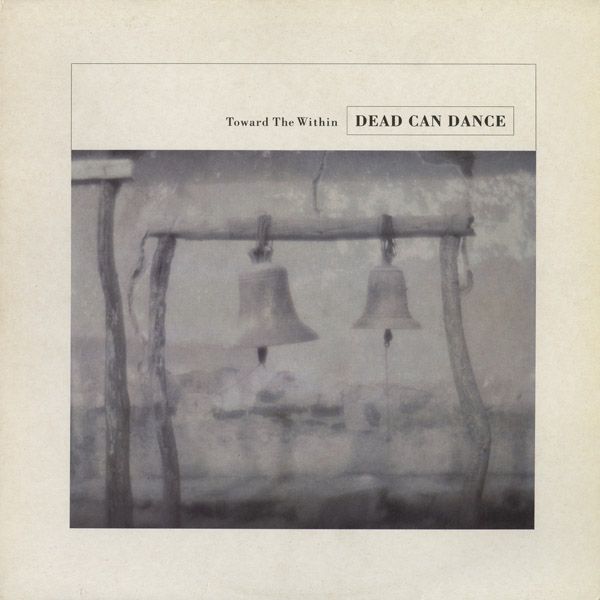 Toward the Within is a live disk that documents DCD's 1993 tour, ostensibly in support of their latest studio release, Into the Labyrinth. However, Brendan Perry and Lisa Gerrard slip their fans a few surprises with the release (as they did with the performance). Of the 11 songs on Into the Labyrinth, only two, "Yulunga" and "The Wind That Shakes the Barley," were used in this recording. Only two others, "Song of the Sybil" and the classic "Cantara," came from prior DCD releases. The remaining 11 tracks are all new. Of the new pieces, "Sanvean," "Don’t Fade Away," "I am Stretched on Your Grave," and "Desert Song" rise above the rest; of the familiar ones, the version of "Yulunga" is especially noteworthy. This disc is further testimony that DCD is one of the scant few bands that truly sound even better live than in the studio. Toward the Within also marks a departure for Brendan in terms of the musical styles that he has developed over the years. For one thing, he has clearly embraced ballads as a way of expressing himself. For another, his lyrics of late tend to focus on present-day issues rather than historical ones. Lastly, the instrumentation on this album is pared down compared to their earlier releases. Gone, and missed, are the violin and cello. "I Can See Now" and "American Dreaming" exemplify this stylistic transition. Admittedly, this release would have been even better with the accompaniment of violin and cello. Taken as a whole, however, Toward the Within reveals an outstanding performance by one of the premier live acts of our time.

Aqua - Aqua – Aqua were a German band who had some success in the 80s as a mainstream hard rock band. What is little known is that they began as a progressive rock band, but unfortunately never released any music...  (2011) » Read more