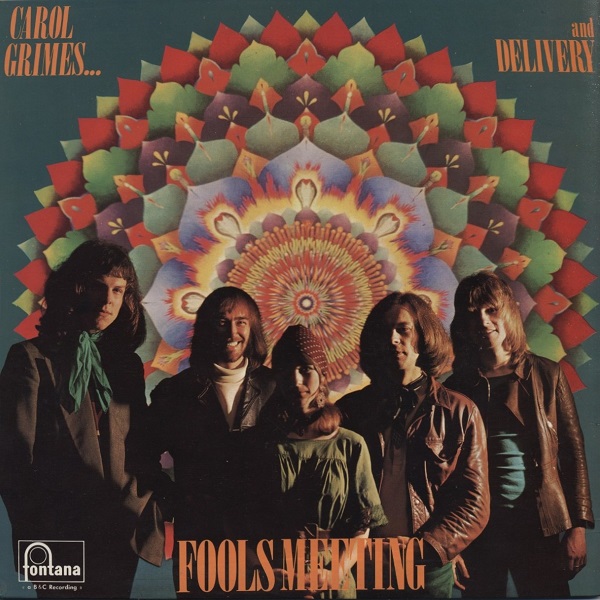 The roots of Canterbury lie in albums such as Fools Meeting, an LP which has been unavailable for many years only now surfacing on the Cuneiform label. The album is particularly notable since it’s the first album for Hatfield and the North and National Health core members Phil Miller and Pip Pyle as well as Nucleus and Soft Machine bassist Roy Babbington (circa Seven, Bundles, and Softs). This was the core of the line-up together with Phil’s brother Steve, to whom the new CD release is dedicated posthumously. Rounding out the instrumentation was Lol Coxhill, whose brash association with Kevin Ayers and the Whole World was only a short year earlier than these recordings. Vocalist Carol Grimes reminds me of a jazzy Janis Joplin or Julie Driscoll with a Middle Eastern slant on her vibrato and even the bluesy elements of Maggie Bell (from Stone the Crows). This is very much her dated album with a “soon-to-be-famous” crackshot backing band from the time period. But the real Delivery was the band you hear in its early phases on the Keith Jarret cover, “Is It Really the Same,” and in the disc’s closing track, “One for You,” with Richard Sinclair on bass. They were a young and gifted set of improvisers, innovative and communicative within a healthy gestation period. Album repackaging has been lovingly assembled by Bill Ellsworth. In addition, the liner notes go into much detail as to the beginnings of Steve and Pip entrenched in the British blues boom. Fools Meeting is an essential archive recording on par with Arzachel and Camembert Electrique.