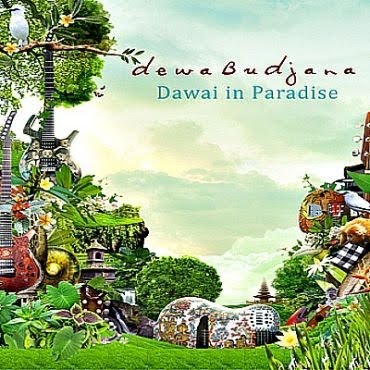 Given my low tolerance for what is generally called "smooth jazz," this album at time proves frustrating. There are times when the silky pad of keyboard backing and fluid hummable melodies on guitar make be want to break things, just like a Kenny G tune would. But then along comes a guitar solo with a ring modulator, or some Indonesian children singing, or a sudden detour into a classically inclined acoustic section. Those things bring me back to thinking this is a wonderful recording. Budjana's guitar playing is never short of stellar, even at the times when I wish the backing had more guts. At times, when an acoustic guitar is strumming in the background, I'm reminded of Pat Metheny - that kind of folky jazz is a Metheny trademark. Sometimes I'd really love to hear Budjana cut loose and smoke us all. I know he's capable of it, but that doesn't seem to be his aim. I'm in favor of guitarists who don't flash their technique for its own sake, but the setting here is so low key that it often threatens to fade into the background. Too pretty, like a soundtrack for a European movie of the 70s, a love story in an exotic location perhaps (to justify the percussion). My favorite track is "Dancing Tears" which seems to have a little more meat on its bones. For listeners who don't mind the breezy side of Metheny, this album should be a welcome encounter, but some may find it too much on the tame side.