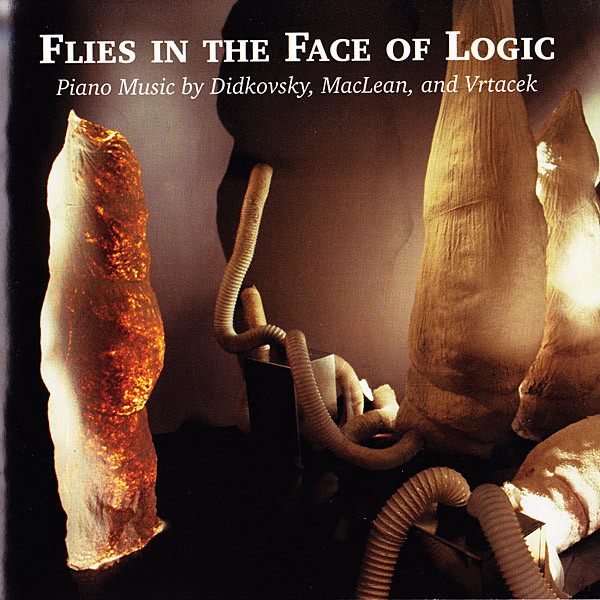 This disc is sectioned into three distinct perspectives of composition, using an unfamiliar primary instrument for each composer: the piano. First up is Steve MacLean, who in the course of four seconds demolishes a piano as an intro to the proceedings. His remaining four pieces move from backwards loops through a series of mild melodic deconstructions and rhythmic developments. His "Piano 4" opens as a menacing, scratching march and turns into a short major key theme before lapsing back into a dire reprise. Next up is C.W. Vrtacek (from Forever Einstein), who gets the nod for most inventive composition titles. During "All These Fine Ideas Disappearing," one can imagine a schizophrenic amoeba running rampant on a petri dish. His longest composition is "It’s Like a Goddamn Crazy House in Here," which has a helter-skelter intro that descends into a milder state of tension. "A Man Shaking Hands with a Squid" is fifteen seconds worth of sensitive amusement. Batting cleanup is guitarist Nick Didkovsky (from Doctor Nerve) on programmed piano in the strictest sense of the word. His instrument attack is a bit linear through most of the pieces, making them fluttery so to speak. "Little Jester in a Trance" is the exception, possibly since the tempo is quite slack when compared to the other pieces, offering more of a conditional human element to it. There is tons of technical data to become engrossed with in the hows and whys the trio made the disk. The compilation is one of the few I’ve encountered that approaches and actually arrives at a destination worth listening to again. This is where an idea matches up between written expectation, and listenable product.