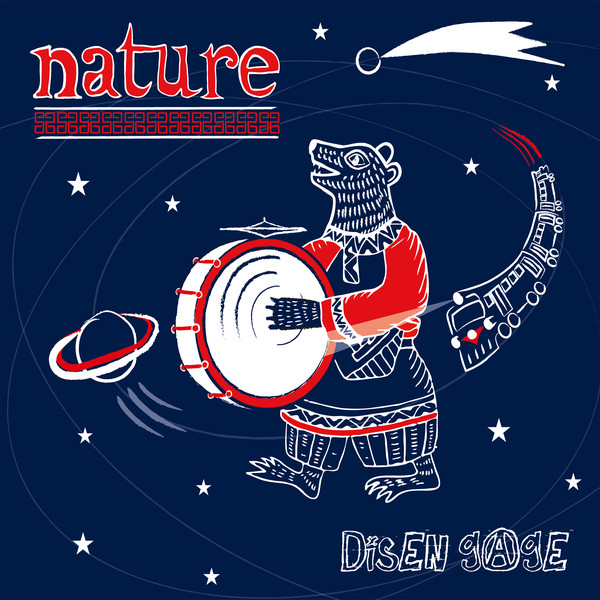 Nature is one of several new Russian releases that dropped into my mailbox in June. Disen Gage is an experimental musique concrète project that is surprisingly accessible. Nature consists of three tracks: “Planets,” “Trains,” and “Animals.” And if the Bandcamp info is to be believed, the track titles are the sound sources for each of the compositions. Disen Gage (Konstantin Mochalov and Anton Efimov) based “Planets” on radio signals from Jupiter converted to sound. “Planets” is an abstract cosmic noise fest bordering on rhythmic industrial sounds, with a swirling sax solo entering after 13 minutes making it sound like a sedate Acid Mothers Temple jam session. Next is Disen Gage’s exploration of metallic scraping and squealing train carriages. The first three or four minutes is a looped rhythmic sonic poem that turns ambient for several minutes with ebbing and flowing eerie sounds that explode into a high frequency searing climax. And the closing track is a composition of bear, wolf, rattlesnake, crocodile, alligator, polar bear, porpoise, chipmunk, camel, toad, and cheetah grunts, snorts, howls, etc. so heavily processed that the original sources are unrecognizable except for the periodic wolf howls. Disen Gage adds sonic layer upon sonic layer over the course of the 16 minutes, that it becomes difficult to discern what is going on. Then a carillon enters near the end as a topping for the madcap sonic sludge. Nature is not for the faint of heart, but if you are an adventurous experimental music aficionado, Nature may just be what you’ve been looking for.

Martin Gordon - The Joy of More Hogwash – Bassist Martin Gordon has spent the better half of his career backing a wide array of established pop stars from the lesser known Mael brothers (in Sparks) to Robert Palmer and Kylie Minogue. The Joy...  (2005) » Read more