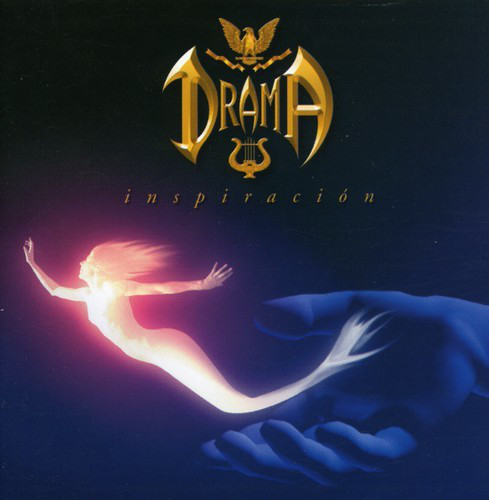 It’s only been in the last couple years that I’ve started hearing any of the progressive music originating in South America, and while I’m reluctant to make broad generalizations, there is something that they all seem to share, and I’m coming to believe there’s something in the water on that continent. CDs by Peru’s Frágil, Venezuela’s Ficción, and Brazil’s Eloy Fritsch all prominently feature dramatic sing-along anthems just crying out for the Bic lighter to come out and sway from side to side. Drama hails from Uruguay, and they do not contradict my theory. The second track, “Inspiración” ranks with the best anthems I’ve heard from below the Panama Canal. Luckily, the rest of the tracks show some variety, though all are tuneful, and the vocals are uniformly strong and, uh, dramatic. Aside from a couple of things I’ll get to, Drama compares well with some of the world’s best neo-prog (which may admittedly be a mixed blessing). The musicians acquit themselves well on their instruments, and the arrangements are a good mix of complex and accessible. Unfortunately, the recording is rather muddy, relying too heavily on reverb, leading me to believe that there are some good parts buried in there somewhere. The second negative is a preponderance of keyboard sounds which lack any warmth. My third criticism is only intermittent: while the drumming is generally quite good, a couple of tunes feature very odd rhythms that do not mesh well with the other parts. Still, lots of promise here.

Rufus Zuphall - Outside the Gates of Eden – Rufus Zuphall is a German band from Aachen that first hit the stage in 1969. They released three albums in the early 70s and then disintegrated. Because of reissuing their albums on CD, there was...  (2008) » Read more