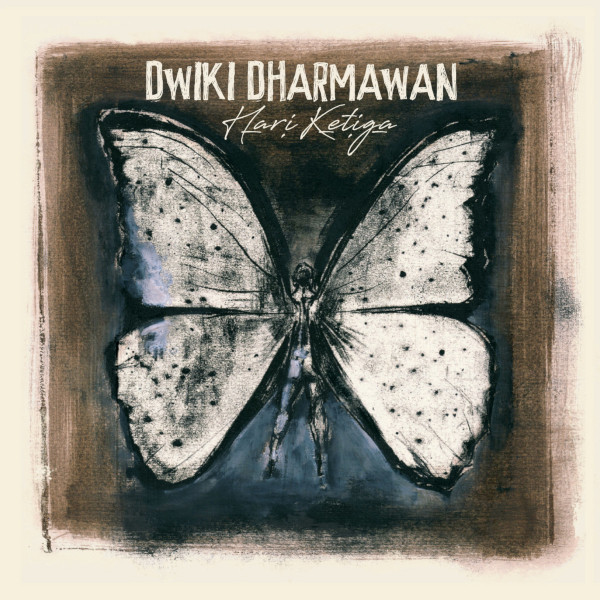 When Moonjune Records started releasing albums from Indonesian musicians about 15 years ago, it might not have been apparent that the future of the label would be so tied to that country. After putting out a number of great releases from such talents as SimakDialog, Tohpati, Ligro, Dewa Budjana, and others, label head Leonardo Pavkovic started bringing his Indonesian stars to the US to collaborate with prominent American players, and once La Casa Murada cast its spell, it was inevitable that Indonesian musicians would take part in the magical sessions Pavkovic assembles in that remarkable studio. The tactic of bringing together exceptional musicians for spontaneous recording in an idyllic setting has resulted in a growing body of work that does much to define the identity of Moonjune. Hari Ketiga, under the nominal leadership of Indonesian keyboard wizard Dwiki Dharmawan, takes this tactic into another realm entirely, building a many-layered artistic construction out of improvisation, reassembly, grand concepts, and unfettered creativity. The foundation of this massive work is a series of improvisations at La Casa Murada on May 17, 2017 involving Dharamawan (piano, electric piano, synthesizer, harmonium), Boris Salvoldelli (vocals and effects), Markus Reuter (Touch Guitar and electronics), and Asaf Sirkis (drums). These improvisations, some of which were quite lengthy, were then edited into backing tracks (in a manner somewhat like what Teo Macero used on Bitches Brew and other Miles Davis albums) by Pavkovic, and then Salvoldelli added more layers of vocals in collaboration with writer Alessandro Ducoli, who helped develop a cosmic storyline involving the destiny of the planet Earth and all its inhabitants. Dharmawan contributed some field recordings from Indonesia for another layer of sound. The result is a double CD set two and a half hours in length full of music that has been astonishing listeners since parts of it started sneaking out a couple of months ago. This is a stunning example of what can happen when musicians are encouraged to reach beyond their comfort zones, to do things they might never have tried in more structured situations. Dharmawan shows himself to be incredibly versatile, with some sections that are achingly lyrical, richly tonal, and full of emotion and other parts that are chaotic and filled with some of the strangest synthesizer playing you’ll ever hear. Salvoldelli is of course known for using his voice in unconventional ways, so his contributions are less surprising. Reuter is in territory only slightly removed from some of his more unconstrained previous work. He provides ambient washes much of the time, but also screaming feedback with really insane effects applied. Sirkis is often the keeper of the tempo in the absence of a dedicated bass player, devising some fascinating rhythms that don’t adhere to conventional patterns. All in all, there are too many points of interest to go into. Suffice to say that it’s never boring or predictable, and much of Hari Ketiga sounds like nothing you’ve ever heard before. With individual tracks running all the way up to 34 minutes in length, listening to it may seem akin to binge watching an entire TV series in one sitting, but people do that all the time, so maybe there are listeners with an attention span up to this task. With Salvoldelli’s vocal antics, it’s hard to not pay attention when this music is playing, so casual listening is a challenge, but the depth of sound and creativity here should provide new discoveries for years to come.