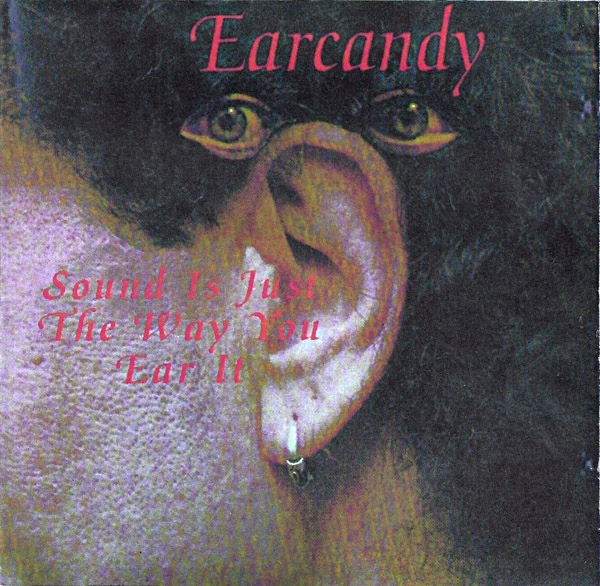 Quite a grab bag of psychedelia, this. We covered Earcandy's first two releases (Space Is Just a Place and Time Is Just a State of Mind), both released on LP only, back in #7. This is their third, and is a solid step onward from their second. The lineup involves a cast of characters revolving around guitarist / bassist Tone, keyboardist Nick Trussler, and lyricists / vocalists Dave and Mandie Tor. Many of the same bases are touched again — the stoned psychedelic guitar jams, the song oriented neo-psych, swirling pieces with tons of effects and bizarre treated voices, and even the Cheech and Chong style introduction. What's new this time is the folk / baroque angle, using guitars, violin, recorder, and flute on "Hanging out at the Globe." Also in evidence is a more animated electronic side, which surfaces on the ten minute "Transposed Transitions Continued," an intense jam for guitars, violin, and effects, surely reminding of some of the early players of the German space-rock scene, like Amon Düül II or Ashra. Interestingly enough, most of their material features no drums or strong percussive presence, recalling bands like Ghost. "Transluscent Sea of Love" is more or less a piece for spacy poetry over a background of fuzzy guitar leads and droning effects. Earcandy's style is intentionally unpolished, yet superbly effective for what it intends to achieve.

What Planet Is This?