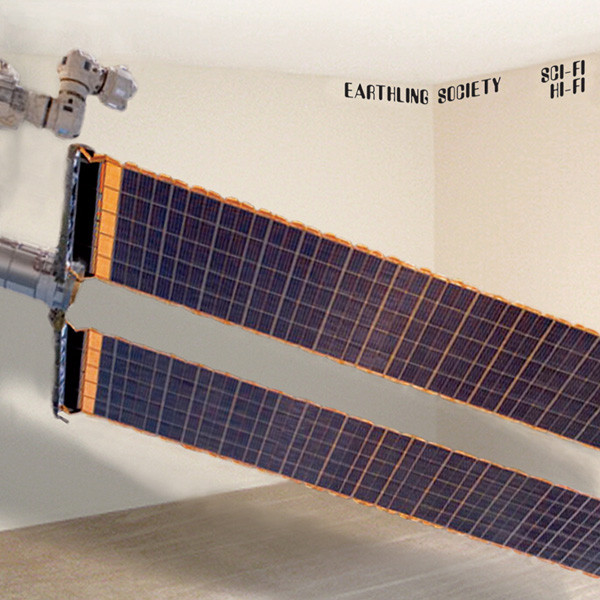 Fans of freewheeling psychedelic spacerock should take note. Sci-Fi Hi-Fi is Earthling Society’s second release for the 4zero label, and their fifth release overall since their formation in January 2004. A four-piece of g/k/b/d, guitarist Fred Laird handles the vocal duties on the six long tracks herein. The disc launches with the swirling title epic that bears the influences of equal parts classic Hawkwind, early Gong, and any number of 70s German trippers. This gives way to an eleven-minute instrumental introspective piece that slowly builds into a haunting classic Düül-like miasma, bearing a simple repeating theme approached a number of different ways. As the album progresses the cuts tend to evolve into more open-ended song based forms, though still infused with an intense jammy lysergic ethic. When finally vocals return on “The Lantern” and “Future Dream,” the band seem to have assimilated some influences from Harvest-era Floyd, though still saturated with their trademark psilocybin-drenched dripping colorama. The 20 minute multi-part closing epic “E.V.I.L.U.S.A.” initially approaches the psychedelic landscape from a more garagey perspective, once again evoking some elements of the classic Düül sound. The lyrics sound like they are sung through a megaphone, so they’re pretty hard to understand. Don’t know what their beef with America is, but I’m pretty sure they’ll get over it. All taken, this is an excellent disc that every fan of contemporary spacerock should be hearing.