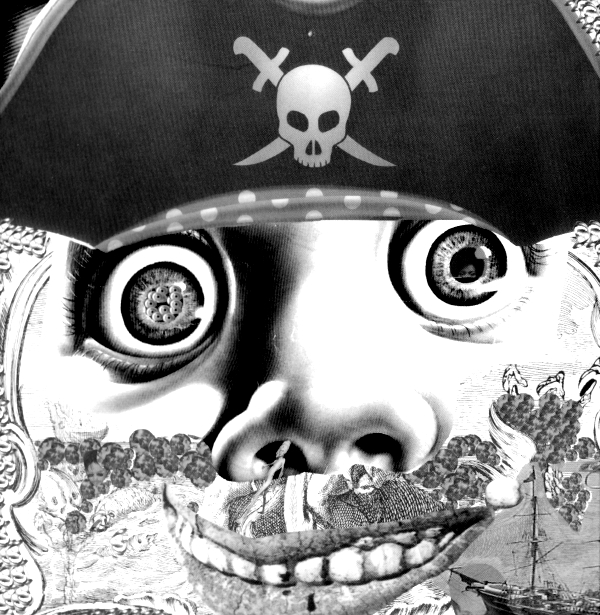 Edward Ka-Spel records and releases two basic types of solo music, songs and experimental music (collages, found sounds, and electronics). O’er a Shalabast’r Tyde Strolt Ay is an amalgam of both styles and it is hard to believe that it has been seven years since its release. The original release was in a standard jewel case. But for this reissue, Beta-lactam Ring has chosen a custom-made cardboard gatefold case that mimics the original LP issue. According to the web site, the music has been fully remastered by Randall Frazier at the Helmet Room studios, but for the life of me, I cannot detect a difference between the original and the reissue. Perhaps because the three tracks are so long (22:38, 11:34, and 11:50 respectively) it is difficult to note any variations, subtle or otherwise. The first song “An Ill Wind” opens with ambient rolling waves of sound that slowly evolves into one of Edward’s signature waltzes and ultimately an industrial collage of electronics and samples. “O’Riley’s Comet” is a more abstract piece with a repetitive beat of random sound bites, electronic squeaks, and reversed sounds. And the final track “Safer Than the Open” is a beautiful ambient piece with EKS providing eerie and wordless background vocals. The music grows on you like a sonic moss, but I would only recommend this disc to established EKS fans.

Magma - "Les Voix" - Concert 1992 Douarnenez – Magma's Christian Vander has decided to follow in the footsteps of Frank Zappa, Andy Latimer, and others in an effort to fight the bootleggers, and has started his own record label AKT to release...  (1993) » Read more