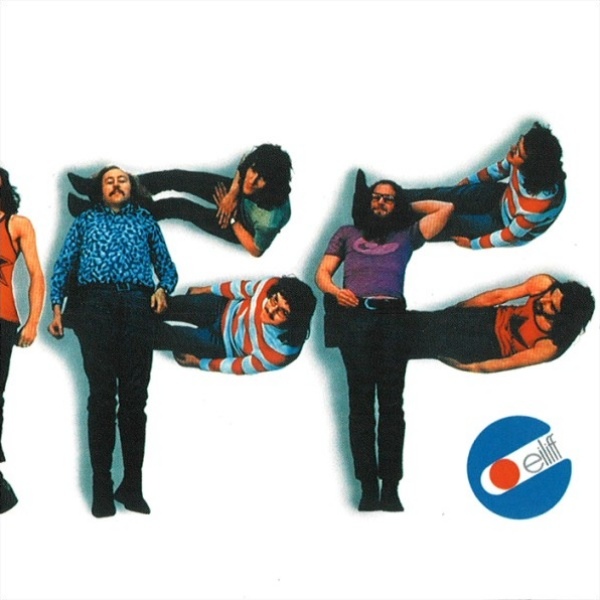 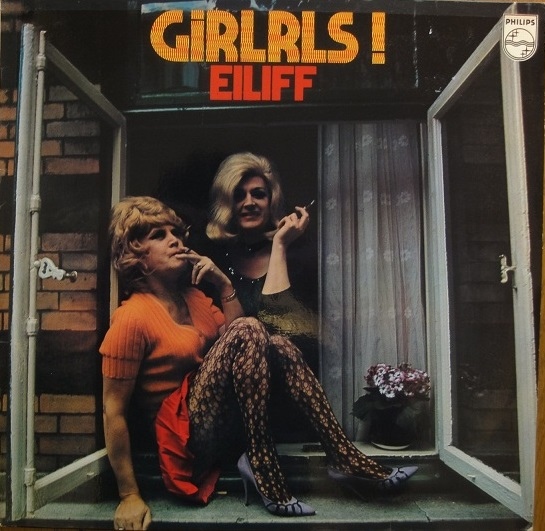 One of the impressions I came away with after the Deutscherock nights aired hours of prime 70s German video material was that even though the early 70s was an incredibly inventive period for German rock, this was often done without a lot of the musicians having any true formal skills. I remember seeing clips from both Amon Düül II and Can that looked like train wrecks at the time (although to be fair both went the other way too) and I wasn't sure if I could attribute these to accident, indulgence or something else. Eiliff were a completely different breed, this was highly, even jazz-level competent rock at a very early year in German music history. They're somewhat known for being the birthplace of later ECM keyboard player Rainer Bruninghaus as well as having the very talented Houschang Nejadepour on guitar who would later show up on Guru Guru's Dance of the Flames for perhaps the last of their great 70s albums. Their debut is a masterpiece of German rock with these two talented players in the fold and their music featured some long pieces with very strange titles. These were originally reissued on the SPM label back a decade or so but have long disappeared from the market, giving way to a 2-on-1 bootleg. One does wonder if such a deep piece could ever afford a second reissue as a result. But I'd consider this on par with all the best German albums of the era.

It's amazing how many great albums are still being reissued from Germany from the early 70s. It seems at times that there is no end to the wealth from that period. Eiliff was another gem of a group, very much in the early German rock style like Satin Whale, Frame, Ikarus, Virus, Orange Peel etc. Taking their cue from both fusion and early British progressive rock like Van der Graaf Generator, East of Eden, Gnidrolog, or Marsupilami, Eiliff created two great albums of organ/electric piano (by future ECM and Jan Garbarek sidesman Rainer Bruninghaus) led experimental rock with lots of staggered rhythms. With guitar and sax as lead instruments, Eiliff was quite a debut. Featuring choppy rhythms played with jazz rock intensity and lots of unusual dissonances and transitions, the music held its connections to the psychedelic side of Kraut Rock while retaining the musicianship of the jazz scene. The results, while dated are quite stimulating especially when they break out into longer jams. Girlrls, the more modest follow-up seems more focused; the tracks are generally shorter and they don't really give into the excesses that made the debut so unique. The electric piano seems more in front here, the songs are more uniform in length and the results are more jazzy and spacy. Both are quite excellent, especially if you like the early 70s sound, and come definitely recommended. Nice job on the sound too.

Smell of Incense - All Mimsy Were the Borogoves – If you want to wax nostalgic and hearken back to an era where a faction of psychedelic music was metamorphosing into progressive rock, you might want to check out Smell of Incense. This is not a...  (1996) » Read more

Cinema Show - Dança dos Ventos – Nothing original about their name, but I was surprised by the plethora of creative compositional ideas put forth by this young Brazilian five-piece from Porto Alegre. As one might suspect, their style...  (1996) » Read more

Soft Machine - Spaced – The material on Spaced was originally recorded in 1969 (circa Third) for a special choreographed multi-media one-week event of the same name at the London Roundhouse. Although the music here (seven...  (1997) » Read more

Grok - Bubbles – Grok is a rather interesting product of the ever-interesting New Zealand music scene. My first reaction to this album was that it reminded me of Sonic Youth (one of my all time favorite bands), but...  (1999) » Read more

Moe! Staiano - The Non-Study of First Impressions – Mr. Moe likes to bang on metals, and just about anything else he can get to sit still long enough in a room with him. There was a guy named Z’ev back in the 80s who perpetrated similar...  (2001) » Read more