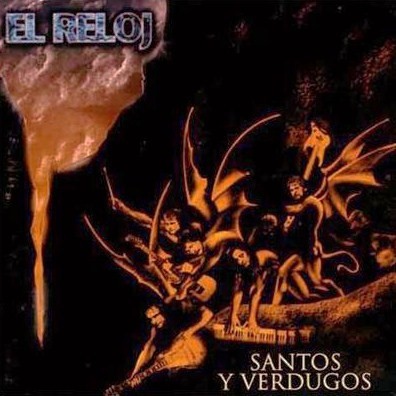 Argentinian group El Reloj was one of progressive rock's best kept secrets, releasing two albums in the mid 70s, one in 1983, and now their first new album in quite some time. Their second self titled album is one of progressive rock's finest offerings, a very complex and heavy rock with three guitars, solidly in the vein of Crucis. El Reloj's reunion has them re-recording some old tracks including "La Ciudad Desconocida" from the aforementioned 1976 album. This is the best way to introduce their new style which is squarely in the heavy metal vein – double bass drums, heavily distorted guitars, and rather typical arrangements. The version of "La Ciudad..." is structurally similar to the original and it's obviously the same lead vocalist, yet the new direction certainly doesn't give the original a run for the money. The rest of the music is fairly complex heavy metal, poorly produced, and has annoying instrumental timbres. El Reloj are obviously a heavy metal band at heart, their glory days lie in the past.

Gentle Giant - Out of the Woods - The BBC Sessions – Here is another BBC sessions release on the Band of Joy label, with one unreleased track and several earlier versions of arrangements which became live staples of the band during the group's heyday....  (1997) » Read more