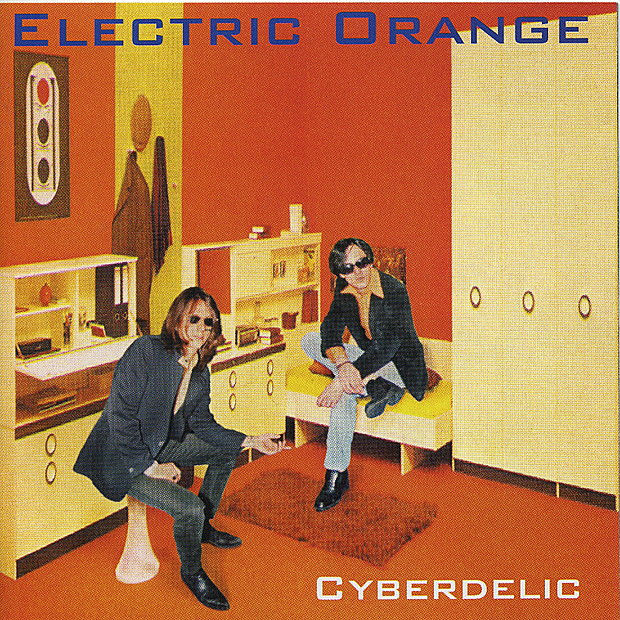 The British prog-psych Delerium label has been pumping out quite a bit of music lately, most notably probably Porcupine Tree. Label-mates Electric Orange have put together an even spacier, even trippier album with this aptly-titled release, and one that is both upbeat and truly bizarre. From the opening acid-drenched trance groove to the final space out, Cyberdelic is everything it first seems to be, along with a few surprises (both good and bad). Looping, sampling, and background voices and noises appear everywhere. The best thing about this band is their very unique approach to instrumentation: Hammond, Rhodes, analog synths, drum machines, trumpet (!), guitars, drums, bass, samplers, and of course the dreaded darbuka. The laid-back grooves are very cool, very dance-oriented too. Imagine a more mellow, more funky blend of Eat Static and The Chemical Brothers and you'll be close. Moods are everywhere too, from humorous to dance to dark ambience. This formula reaches its potential in the slick "B-Movie." But then it's followed by the dismal "Steal No Egg," which seems to go on forever with its pointless and unfunny screaming and yelling and unfunny fake vinyl crackle. But, unpredictable these guys most certainly are, without a doubt.

Dream Theater - Awake – Judging by the various opinions that I had heard concerning this album, Awake was either the best album released so far this decade, or a worthless piece of tripe. I opted for believing the...  (1995) » Read more