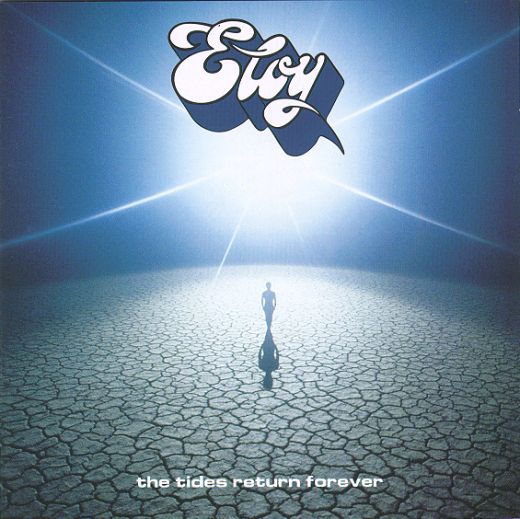 There is something strangely familiar about the latest studio release from this long time fixture on the German prog scene. First off, the old Eloy logo is back after a fairly long hiatus. Secondly, the artwork is fairly reminiscent of Power and the Passion and Dawn era cover art. But is this where the familiarities end? Well... almost. Longtime bassist Klaus-Peter Matziol is back as a full-time member of the group, although he did contribute on a couple tracks from the previous release, Destination (he was nowhere to be found on its predecessor Ra). That, however, is where the ties to the late 70s/early 80s incarnations of the band seem to fade away. The music on this release is very much in the tradition of the past two CDs with the keyboards of Michael Gerlach as the focus of almost every composition. The trademark Frank Bornemann guitar and voice are still there and Matziol's bass work is fine indeed, actually bringing a hint of the Colours era sound back, especially on the second track "Fatal Illusions." Nico Barretta is back on drums as he was on Destination but a bit of a surprise lies in who the drummer and second guitarist are in the live, touring version of Eloy - Bodo Schopf and Steve Mann from Michael Schenker's last project. Maybe it's not so surprising when one listens to the compositions' driving melodies providing the structure for Gerlach's processed keyboards. Fans of the last two releases will love this and Matziol's return to the fold adds enough decent bass work to bring back fans of his prior work, especially from the Performance and Metromania era. Bornemann's fascination with Joan of Arc returns for another grandiose finale for the second CD in a row with the track "Company of Angels," complete with a huge choir. The tracks that show off Bornemann's guitar like the aforementioned "Fatal Illusions" and "Generation pf Innocence" seem to work better for me; certainly better than the more straight forward tracks like the opener "The Day of Crimson Skies" or the somewhat over-the-top title track. Overall, the production and playing are both top notch but fans who are hoping for a return to the old spacy days of Silent Cries... or the more intricate art rock of Colours will have to settle for a decent effort that doesn't match up to the past, but is the best of the contemporary era releases. So was all the initial familiarity just a coincidence? Possibly. But the next release (scheduled for early '97) is supposed to be titled Ocean...The Answer. Long time fans can draw their own conclusions.

Niacin - Niacin & High Bias – The cover of the first Niacin shows the venerable Hammond B3, a creature of legend. So you get an idea what you are in for. Who is Niacin? I think this would be called a "pet project" where...  (1999) » Read more