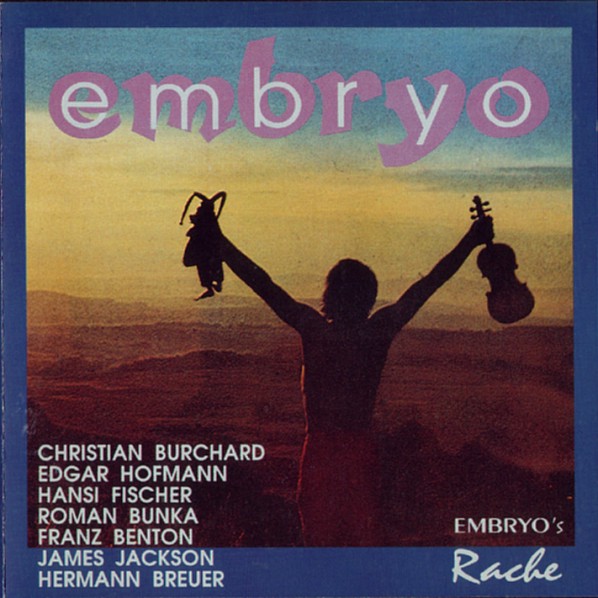 This is one of three Embryo albums in this tier, I had previously written about Steig Aus. Embryo could have one of the longest and most consistent chain of great records of any 70s group and through their tenure, they have ranged from jazz rock to world music and combinations thereof. The closest the band got to progressive rock had to have been the band's second album, Rache, which featured one of their finest line ups with a lot of the band's great mainstays, leader and drummer Christian Burchard, sax / violinist Edgar Hoffmann, flautist Hansi Fischer, guitarist Roman Bunka, and keyboardist Jimmy Jackson, who lays the Mellotron on pretty thick on this album. Embryo already had the jazz chops and even though the compositions on this lean to rock, the fluency of the jazz musicianship is quite evident in the building blocks. The songs seem largely built on some pretty heavy riffing and ensemble work, building up songs that are embellished by quite a large group of musicians, including vocals. This is a real classic of early German rock, muscular, deep and extremely atmospheric, notable for how great the double keyboards work off of each other as embellishment (the electric piano in particular verges clavinet like). And occasionally even this early it hints at the later evolution of the band with Dieter Serfas' gan gan contributions. Strong all the way to Hofmann's amazing violin solo on the fade out of "Change."

Falling Apart in the Discovery Zone