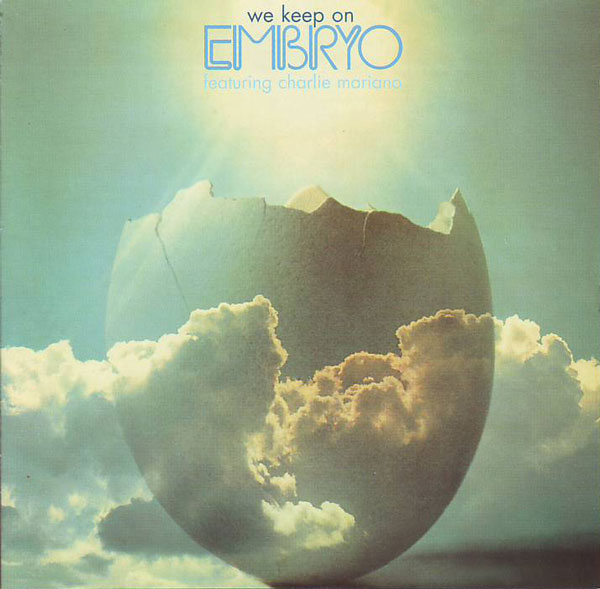 While Embryo had used instrumentation outside of the framework of rock and jazz on prior albums, their future as a "world music" (or "ethno-jazz" or other rather weak descriptions of a Western band incorporating the instruments of other cultures) group could have started on We Keep On. Embryo was in yet another configuration on this line up, with Roman Bunka and Dieter Miekausch sitting in along with jazz winds great Charlie Mariano. Bunka not only brings the guitar but plays bass at times and saz at others, while Mariano goes beyond the usual sax and flutes with the nagasuram. It is perhaps somewhat notable to rewrite the quote that came on this CD attributed to Miles Davis: "That German hippy group (Embryo) where Mal (Waldron) used to play, they are doing interesting things. You know, man? They are creative, good musicians, just playing good shit." Exactly, right? And We Keep On is an intense session, with forays into various cultural fusions and lots of jazz rock too, including the absolute masterpiece, "No Place to Go." It was still 1972, so Embryo hadn't lost the big stormy Mellotron and organ based atmospheres for much of this music, which contrasted quite nicely to the folkier pieces like "Flute and Saz." And we were really treated to a great reissue when this came out on CD, over 24 minutes in two pieces of excellent bonus tracks on the same level as the album. Embyro still had many many good albums in them for years to come but for my ears these last three (Rache, Rocksession, and Steig Aus) are the center of their legend.