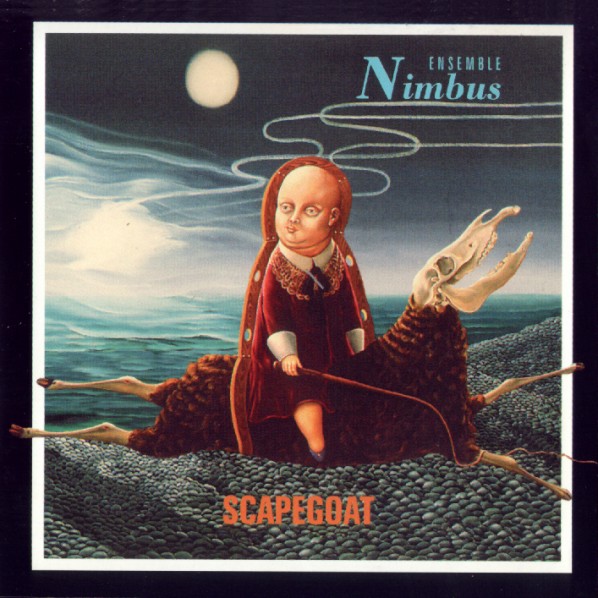 Ensemble Nimbus plays a sort of electric-acoustic chamber music. Percussionist Hasse Bruniusson of The Flower Kings and Sammla Mammas Manna is joined by Håkan Almkvist on guitar and other instruments, Lars Björk on clarinets, and Kirk Chilton on violin and viola. Almkvist is really the driving force here, as he is the only one with a hand in composing all eleven tracks (seven on his own, four in collaboration with various of the others). He’s a good writer – the tunes are inventive and full of interesting twists and harmonies. Only occasionally do they approach rock, like in the opening track, “Burning Arrows,” where halfway through, after a bouncy Middle Eastern flavored melody from the clarinet and viola, we suddenly get a distorted guitar feeding back. But the backing behind it is rather sparse drumming, and it’s topped by strange shouted words.

What they remind me of more than anything is a less aggressive Birdsongs of the Mesozoic, taking the developments of 20th Century composition and putting them in a (more or less) rock band context. The clarinet provides a different sound to the group, where a saxophone would be more expected. Studio effects like taped voices and found sounds spice up the arrangements. Nimbus is really doing something different, giving us a unique combination of modern classical, rock and electronics. While the playing is not generally flashy, the musicians work together to form a quite satisfying, well, ensemble.

Michael Fahres - The Tubes – This one falls into the "environmental music" category. German artist Michael Fahres "composed" these pieces using sounds found in nature or from sources not originally intended for this purpose. He...  (2008) » Read more