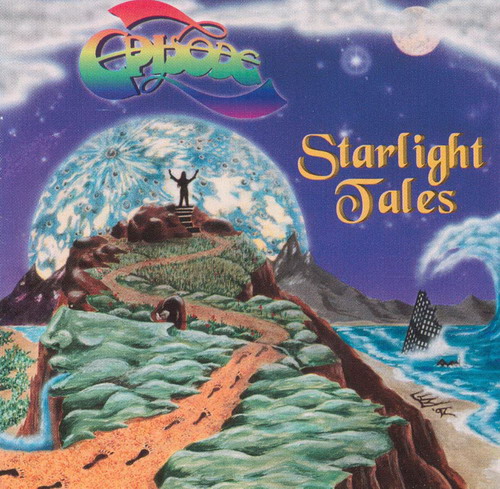 I've been listening to Episode for quite a while and patiently awaiting this disc. They live in the Bay Area, so I see them around at shows, and have been asking them for the last year and a half about when this disc was coming out. For this reason, and the fact that I do enjoy some of their earlier music quite a bit, it is painful to write this review. Yes, Starlight Tales is progressive rock, and has a couple of good moments. However, the disc is 65 minutes long and the good moments get swallowed by too many average ones. Episode approaches progressive rock with Yes and Floydian influences, but lose much of their "progressive-ness" by trying to be accessible. Their talent is wasted on the pop-song structures and simplicity that plague most of the shorter tracks on this disc. The second track, "Grey Matters," and the fourth, "Pinnacles," are examples of this – songs that would fit MTV circa 1985. The production leaves much to be desired, as it buries Tom Finch's guitar from most of the tracks. Drummer Gary Scheuenstuhl, keyboardist Nick Peck, and bassist Don Tyler are accomplished players of their respective instruments, but don't display their skills well enough to warrant their share of the mix. Overall, the band's songwriting has improved over their amateurish debut cassette, but has few strong moments. One of them is the track "Edge of the Sky," a 15-minute masterpiece in the classic symphonic vein, which was originally released in 1991. Excellent. "Hesperantes Rising," a 24-minute piece, shows some promise but the rest of the disc is mediocre pop-prog at best. The vocals, shared by all members but revolving around Roe Tyler and Nick Peck, tend to turn some people off. They are a bit weak, but I don't find them as intrusive as some do. Episode has committed the cardinal sin of not playing at least close to the limits of their abilities. As a result, this very promising, talented band has yielded a weak release. I still feel they have tremendous untapped potential, but I seriously doubt that we'll ever hear it.