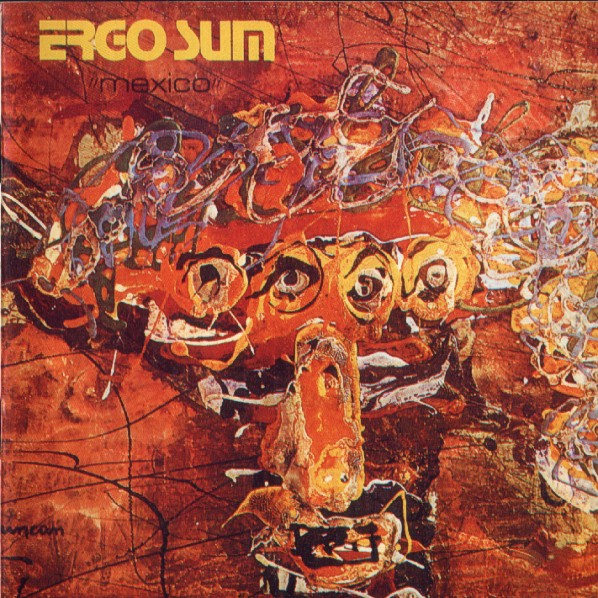 Ergo Sum was an early French progressive band, a six-piece featuring flute and violin, as well as the standard guitars, bass, drums and keyboards, plus a vocalist (Lionel Ledissez) who sounds remarkably like Richie Havens. This is a very strong album, but its strength may not be apparent at first listen, Ledissez' voice does take a little time to get accustomed to, which may seem a little out-of-place in a progressive setting, but before long the power of this album becomes apparent, the melody, energy and unique character of the band support Ledissez' abrasive voice well, and the writing is top-notch. For the record, the vocals are sung in English, and the lyrics are quite good. Also included on the CD are the A and B sides of two singles released by the band.

In the late sixties the French progressive rock scene started to explode with bands. However the major French record labels gave these bands a rough deal. Recognizing this problem after his stint with Magma, Laurent Thibault formed the Theleme label patterned after the English label Island. The name Theleme was inspired by the ideal community depicted in Rabelais’ Gargantua where he glorified happiness and open mindedness in all its forms. Laurent signed his first band Ergo Sum and recorded their debut album Mexico in August 1971. The original album mix was not adequate for the CD medium so Musea remixed Mexico under the direction of Thibault. Besides the remix and reordering of the tracks, Musea included the bonus tracks "All’s So Comic," "Tijuana," "It’s Me," and a short instrumental excerpt of "Mexico." Ergo Sum were excellent musicians who played a complex music reminding me of Jethro Tull, Zao, Magma, and It’s A Beautiful Day. What puzzles me most about Ergo Sum was their choice in vocalists. Lionel Ledissez’ grating gravely voice totally destroyed the listening pleasure of this album. He sounds as if his voice is barely under control. The slightest bit of effort on Ledissez’ part causes it to distort and disintegrate with the result being indecipherable English lyrics. The only song where his voice complements the music is "Mexico" where Ledissez sounds like a bandito who has had too much mescal. It is a shame. This album contains some wonderful violin solos reminiscent of David Laflamme and equally magnificent Hammond organ licks. I have mixed reactions to Mexico and cannot recommend this reissue.

Poetica in Silentio - What Do Fish Know? – Over the last few years, a number of bands have tackled the problem of applying the best features of classic progressive rock to more modern sounds, and other bands seem to have achieved the same sort...  (2004) » Read more

Ragnarök - Path – If you are old enough, you might remember that Ragnarök was part of the Swedish Prog Rock movement in the mid 70s. Their self-titled album released in 1975 was typical 70s art-rock. The band vanished...  (2009) » Read more

Kit Watkins - Holographic Tapestries – Watkins' latest effort is an interesting one. The album is divided into two sets. The odd numbered tracks are "introspective" in style with little or no rhythm section, and keyboards are primarily...  (1995) » Read more

Circus 2000 - Circus 2000 & Escape from a Box – Circus 2000 is an entirely different beast from the rest of the Vinyl Magic catalog, falling more in the psych realm than in the more classically styled progressive genre. It's not to say they...  (1995) » Read more