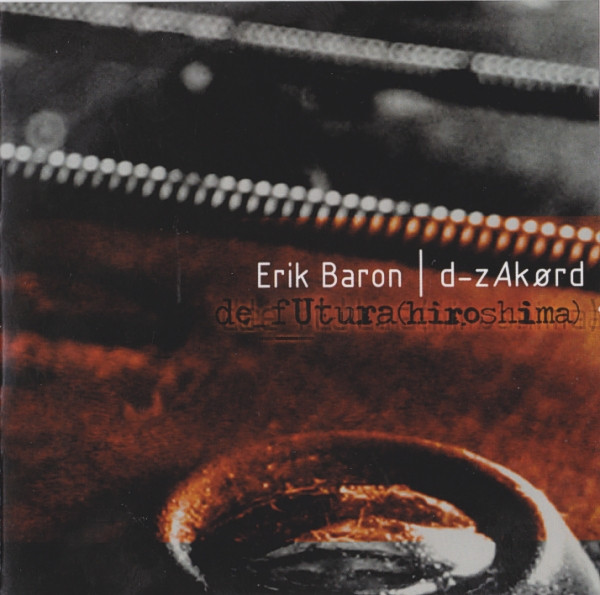 We’ve covered bassist Erik Baron’s releases in these pages before, and all have been exceptional, but there’s never been one quite like this. Here he has assembled an army of bassists (6) and guitarists (6 also) along with drummer Thierry Jardinier to perform a nearly 48 minute reworked and expanded version of Janik Top’s timeless classic which originally occupied the second side of Magma’s Üdü Ẁüdü LP. I remember well one day in the 70s when I first heard Magma while shopping in a record store – this was the song! Unfortunately another customer bought the last copy before I got to the register, so all I had was the memory of these brutal pulsating rhythms, eerie haunting melodies and accelerating grooves to take with me for several weeks until they finally restocked it. For this interpretation, Baron has incorporated Top’s “La Musique des Sphères” also, and added his own introduction, outtro, and a four-minute interlude that breaks up the two halves of the main piece. These new parts, as well as new variations on the original themes offer a fresh perspective while maintaining the original spirit of the piece, though for the main sections he doesn’t stray too far from the original (except, of course, all the added firepower of all the extra musicians). Baron has done an outstanding job here, and every serious fan of Magma will probably want this.