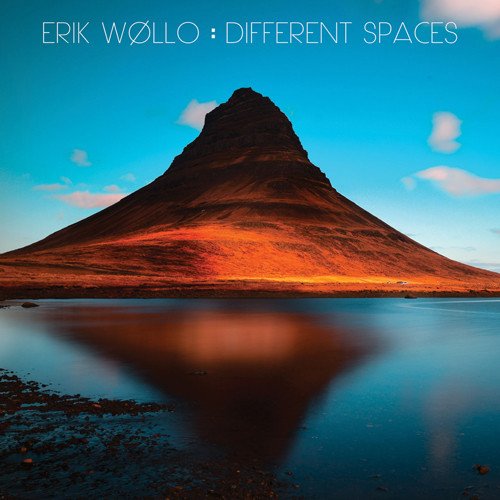 Norwegian composer, multi-instrumentalist, and producer Erik Wøllo has close to forty releases out on his own or in collaboration with others, going all the way back to the early 80s. His primary instrument is the guitar, although his specialty these days is creating sounds with it that sound like just about anything but a guitar, instead using the instrument as a controller for loops, synthesizers, and sequencers, and treating the result to a heavy dollop of studio processing and effects. The result is at once vast, beautiful, and panoramic, layering washes, colorful melodies and emotional rhythms, building pieces up from a simple idea, slowly adding more textures, sequences, colors, and contrasts, then guiding the composition along an interesting path to its conclusion. For anyone who has heard his 2015 Projekt label release Echotides (40+ minutes, but still considered an EP for some reason), that was sort of a warm-up for the vast and sprawling 2CD set at hand. In fact each disc of Different Spaces clocks in at well over 73 minutes, making the entirety of this a bit long for a single sitting, but nonetheless a bountiful and consummately enjoyable journey, the 22 tracks filled with visionary compositions and far reaching concepts that seem to guide the listener through numerous portals and cinematic perspectives, with a immersive and dreamy quality that one can easily get lost within. The first disc seems to wander through familiar places that Wøllo has hinted at previously, while the second disc reaches forward into new realms, or at least that’s how it seems when one listens to these two discs back to back. Interestingly, the closing track on disc two features some wordless female vocals that sum the entire experience up nicely. After close to three hours of being pulled into Wøllo’s ambient universe, one can’t help but press the replay button and do it all over again.