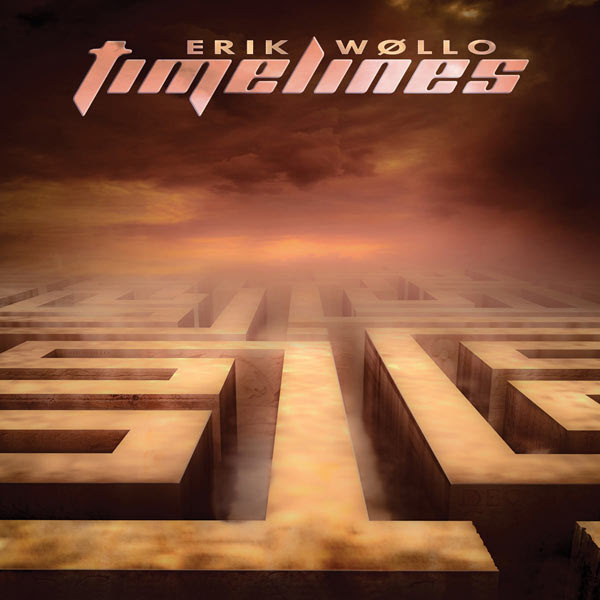 Like a soft brush to massage your brain, Erik Wøllo’s music doesn’t quite fit squarely into a lot of different pigeonholes (ambient, electronic, etc.), but it does find reference points within those idioms that come together to shed light on his creations. The Norwegian guitarist’s work, at least on this and all his recordings in recent memory, don’t sound like the work of a guitarist who wants his primary instrument to be the focal point of his compositions and arrangements. The six strings are well hidden behind swaths of ambient textures, prominent synth melodies and guitar loops, often driven by soft pulsating patterns of electronic percussion. But at the same time, this doesn’t quite fit the ambient mold either, as the nine moderate length explorative instrumental tracks here are far too kinetic to serve as a pure backdrop for relaxation or meditative experiences, but it does offer suggestions in that direction at times. More than anything, Wøllo’s compositions and arranging style are cinematic; it doesn’t take much more than closing your eyes and turning on your imagination to visualize what much of this music could be describing, drifting through beautiful scenic panoramas and canyons, snow covered peaks, and shimmering sands of desert dunes. In that respect, it fits in well with much of the music on the Spotted Peccary label (and indeed Wøllo has released recordings on that label, both solo or in collaborations). The rich guitar energy that permeates Timelines also recalls the work of Carl Weingarten at many points along this journey of discovery and revelation. This is one of those discs where one will just want to keep hitting the repeat button; the atmosphere it induces is something you just don’t want to let go. Play on...