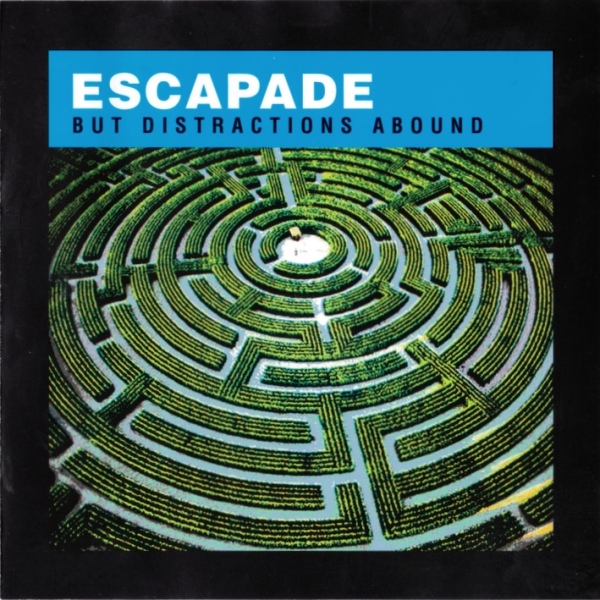 Here's a healthy dose of psych/space/krautrock goodness for you. Escapade may not be as big a name as Ash Ra Temple or Amon Düül but they can easily be spoken of in the same breath. They favor densely layered psychedelic jams consisting of distorted guitars and overdriven synths and electronics with an almost menacing intent lurking behind each piece. Track one, "Partial Memory Occurrence," belts forth a rubbery bass and drum rock groove that gives the guitars and synths a solid footing to go exploring from. For sheer balls-to-the-wall intensity nothing matches up to the closer, "Memley Mem," that refuses to let up from its relentless, punk-like overdriven assault that earns comparisons to both Heldon and Faust. Other tracks may seem more restrained, though they are just as visceral and intense in their own right. The longest track, "As Far As," merges eastern modalities with hardcore psych and electronica, building from a hypnotic acoustic drone to a fierce crescendo over the course of 13 minutes that sounds like the kind of thing Jimmy Page might have conceived had he explored krautrock in the early 70s. Much has been made about this band's keen telepathic sense when it comes to improvs and you can hear it in these tracks. Each clearly takes improvisation as the source but has structure and a unified direction that rises above mere noodling over a rhythm. Few bands do it better and this album finds Escapade at the top of their game. Recommended.

Ars Nova - Ars Nova – If you name your band “Ars Nova” you have to be: a) Serious Artists; b) Sarcastic reactionaries; c) Into psychedelic drugs; or d) Japanese. It’s Latin, for goodness sake, and means...  (2005) » Read more