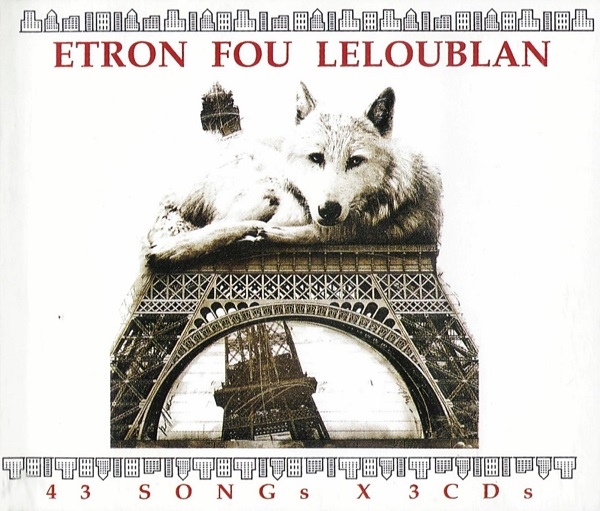 Yet another crazy band. Establishing their premises strongly in the RIO realm, Etron Fou Leloublan's crafters weave intricate lines putting forth saxes in the forefront while silly lyrics serves as excuses to deliver some pretty damn good complex music, once you get tuned to the minimalistic-in-its-own-way approach. These three CDs do cover a lot of ground and while the first of them presents EFL in more aggressive and simple (perhaps even "post-punk") auspices, the other two do make justice to their musical expertise, their playfulness blending explorations in odd harmonies and rhythms with satirical comments about trivial and less trivial matters. So, this is RIO, driven mainly by saxes. The harmonies aren't easy, traveling mostly in some diminished or augmented mode, the instruments' parts seems like arabesques with no core to refer to, the rhythms are intricate and the vocals, when present, are spoken, mainly in French. As bizarre as this may come across to people enjoying a, say, more traditional form of music, EFL still manages to grasp the attention in a peculiar way, mainly because they haven't forgotten the meaning of a good groove, and while this is far from "mainstream RIO" like the latest Miriodor, Jongleries elastiques, 43 Songs x 3 CDs is putting forth a quite enjoyable array of challenging music with acerbic titles such as: "Decaying of Internal Organs," "Facing the Ascension of Elevators We Stay True to Our Calm Determination," "Blasting News Report in the Land of Fairies," "Search for a Paper, Glasses, a Pipe and a Beret," and the unforgettable "I Want to Dance with You." So, if you do enjoy the EFL album you've gotten, do get this CD package as you will sample a lot of same good material. In fact, you will find in here the entire EFL production from 1977 to 1985, five albums of delirious material. On the other hand, if you're not quite sure about this very style of music, you may still want to get 43 Songs x 3 CDs as this is, in its own way, a very comprehensive overview of the RIO styling. Drawback: no booklet or info is provided. This is a complete bare-bones, CDs-only package.

Germinale - Germinale – One of the better of the new Italian progressive bands, their eponymous debut just escaped the second part of our "New Italian Progressive Rock Scene" overview back in issue #4. So with the...  (1996) » Read more