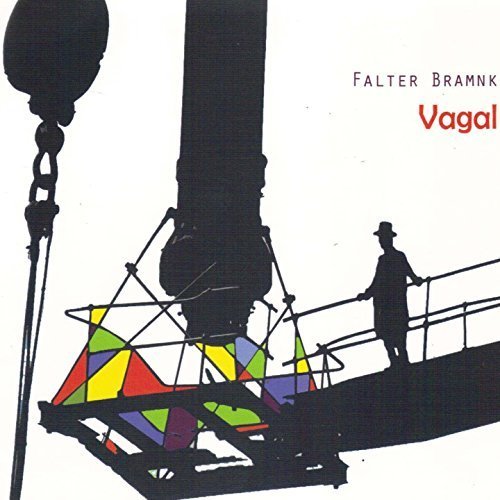 Sound can be found everywhere, but the key to the magic is finding just the right sound that is at once interesting and enjoyable, and merging it seamlessly with others, creating from it what might be termed sound sculpture or music, not necessarily in any conventional sense, but something that can be enjoyed on some level. Falter Bramnk, from Lille, France, has been doing this for a long time. His latest release, Glassical Music from 2017, was a sonic exploration of water vapor condensing on glass surfaces (bottles, glasses, etc.) and the sounds and textures that can be found therein. Indeed, if that seems too out there for you, it might be worthwhile to check out his earlier 2015 release, Vagal, which, although still somewhat avant garde, is slightly more conventional, blending found sounds and samples mixed with the more standard elements of synthesizers, piano, organ, guitars, percussion, and voices, all played by Bramnk himself, except for some snare drum on one track and alto sax on another. Composition isn’t only that of assembling notes and rests in measures and so on, but actually getting inside the fabric of the sound, adding and subtracting elements, and presenting whatever remains after the deed is done. There are fifteen tracks on Vagal, ranging from short sonic vignettes of a couple minutes to much longer pieces approaching seven; the important thing from the listener’s perspective is to approach these pieces without any expectations, and the open mind will be rewarded. Take the opener, “Ice,” at just slightly over two minutes, consisting entirely of percussive sounds produced on what seem like wind chimes, though they are definitely being played, not just random happenstance. “Antic Leisure” takes that concept to the next level, adding bells and gongs and the occasional low register keys of the piano. “Abschaum” emerges out of this, a groove-based piece for guitar and piano that stops and goes, occasionally fractures into noise and reassembles itself, with guest sax providing a soloing melody, it could almost be labeled avant-jazz, something which informs many of the pieces on the disc, though much tends to be more free-flowing and stream of consciousness merged with samples and found sounds. The spoken words of a Robert Frost poem are the basis for “The Road Not Taken,” while slow eerie ambient textures of some unknown origin emerge out of the darkness for “Erratum Slope Job Prospective” with some bizarre sounds building in the foreground. Much of what’s here could be considered ambient patchworks of sounds and samples, with occasional voices slipping into the mix, “Pandoraphobie” being a prime example, while “Time Factor” is a bit more structured but nonetheless engaging. In summary, Vagal is a brilliant collection of curiosities that sound like nothing else one might find out there.