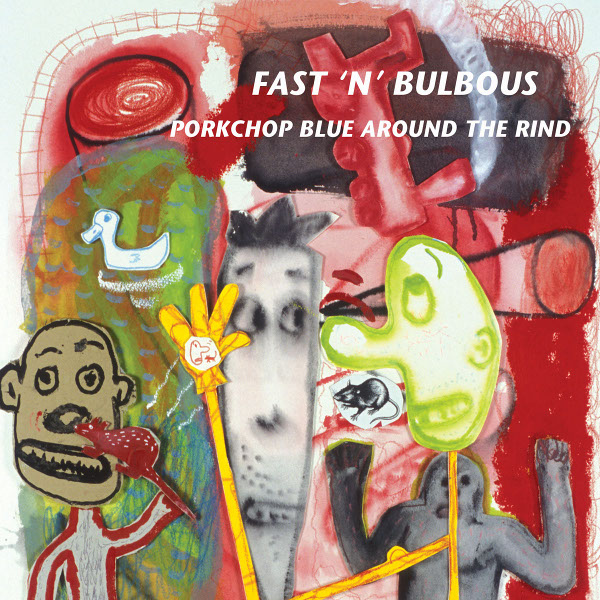 Led by former Beefheart guitarist Gary Lucas (Doc at the Radar Station, Ice Cream for Crow) and saxophonist / arranger Phillip Johnston (NYC downtown scene regular), Fast 'n’ Bulbous is essentially an instrumental Captain Beefheart tribute project for three piece rock band plus four-piece horn and sax section. As one might imagine, this is one wild ride, but a fun one, as these interpretations take the Captain’s music in a new direction and give them a new life, not to mention the one original track by Johnston and Lucas that sounds like it could have been written by the man himself. The spirited performances here definitely owe a lot to the downtown sound, thanks to Johnston’s brilliant and often intentionally chaotic horn arrangements, yet it’s Lucas’ bad-ass slide guitar that cements the connection with the original versions. While one might suspect that with all the the saxes, trumpets and trombones this project might get lost in jazzland, but the rhythm section of Richard Dworkin (drums) and bassist Jesse Krakow keep this project planted firmly in rock territory. Being more of a Beefheart purist (where’s the harmonica and vocals, man?) it took a few runs through before I was tuned into what these guys were up to, but further listens were increasingly rewarding. Definitely an original take on some of the best music ever made.