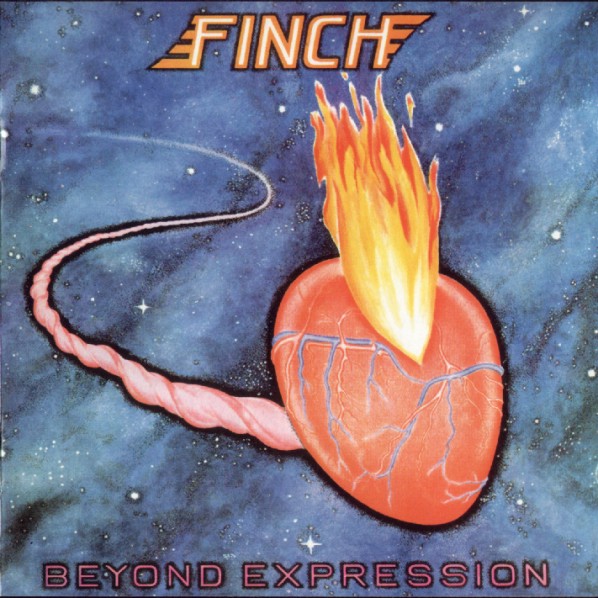 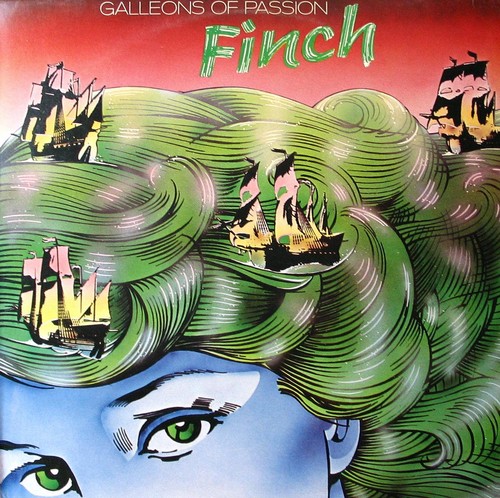 The second and third albums from Dutch band Finch have recently been digitally remastered and reissued on CD, closely following the reissue of their debut album Glory of the Inner Force. Finch follows the path they carved with their first release on these two subsequent albums — a full, symphonic, all-instrumental sound with guitar and keyboard solos for days. There isn't room, nor is there a need for vocals in Finch. Guitarist and primary songwriter Joop Van Nimwegen (that's such a cool name) is an excellent player who frequently shares the limelight with keyboards, especially on Galleons of Passion.

Beyond Expression was originally released in 1976 and is the same four piece band that recorded the debut a year earlier. This is probably my favorite of the three albums. The band sounds really tight and the music really grooves. In 1977, Galleons of Passion was released and had two new players: one at the keyboards and one on drums. Although the sound of Finch is really defined by Joop's guitar, this last album doesn't have the same energy as the first two releases, yet it's still quite good. Finch is one of those bands that follows a predictable formula (thanks Ranjit), yet are very creative operating within their defined parameters. Essentially every song follows the format: grand symphonic intro, fast instrumental section in odd meter, slow groove with guitar solo, another fast part, keyboard solo, another slow part, ...etc. You get the picture. Although almost every song is like this, it doesn't get boring because the band is great in this type of setting. One of the strongest points of the band is their ability to switch between these fast and slow sections during a song and make it flow smoothly. Nothing sounds forced or rough. On the down side, as the songs really focus on the guitar and keyboards, there are very few memorable bass or drum parts on either album. The rhythm section remains firmly rooted in the background. They're good, but just not featured that much.

Finch is one of those bands that, if you like any of their albums, you'll like all of them — or vice versa. They can groove and jam with the best of them. Their sound is comparable to Focus, early Pink Floyd, and even Camel (especially Galleons — the keyboards on that album are the most prominent, not to mention the best, of all three Finch releases). They really thrive on fast, odd time signature jams as well as slow moody sections. The recording quality of the CDs is quite good, especially for the time period they were originally recorded. The remastering was obviously well done. Have a listen for yourself. Finch is definitely worth checking out.

Magnum - Progressive Classics – This English "pomp-rock" (as those silly British metal mags used to call it) band has been around for donkey's years. Wide spread fame always seemed to elude them however, but given the...  (2000) » Read more