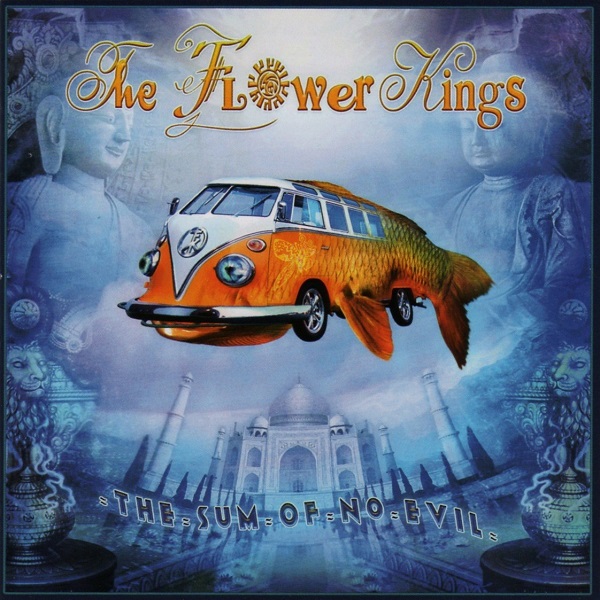 Best I can figure, this is around the twelfth album by Sweden's Flower Kings, and across all those years they have pretty much maintained a course of prog-rock purity that stays the straight and narrow set up by bands like Yes and Genesis in their formative years in the early 70s, as well as their many followers since that time. Their music rarely gets too far outside that box, and although the song ideas, melodies, lyrics, and other musical ideas may be original, there has clearly been an effort to not expand beyond those limits. That said, this is an outstanding group of players from leader, vocalist, guitarist and primary composer Stolt, bassist Reingold, percussionist Bruniusson, keyboardist Bodin, and the rest, each giving it their all in dedication to the classic prog-rock concept, and thoroughly succeeding. As usual, there are several epic length pieces that break the ten-minute mark, and one that even approaches half an hour, each with numerous sections that change and morph into new sections, ornamented with vintage keyboard and Mellotron sounds, soaring guitars, quiet passages that suddenly become loud passages with earth-shaking bass pedals, widescreen vocal harmonies, most everything seemingly in major-key bright colors mode. Only on "Flight 999 Brimstone Air," a short (relatively speaking) instrumental does the band really get out of their comfort zone and push the limits into some truly progressive territory. But most Flower Kings fans probably won't like that one. Another solid entry in the Flower Kings' catalog.

Anekdoten - Nucleus – Especially after great shows at a couple of the Monster Prog shows in the last year or so, Anekdoten's follow up to the much heralded Vemod has surely been one of the most anticipated prog releases of...  (1996) » Read more