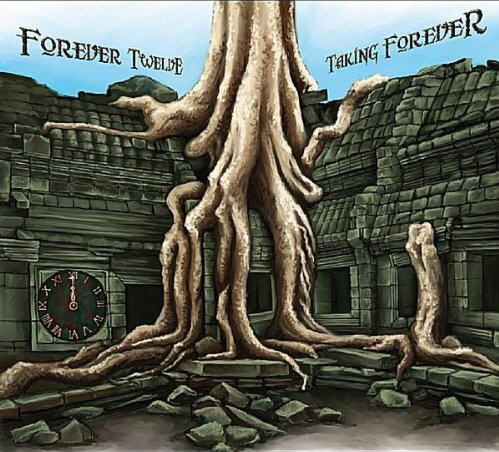 Many years ago this writer saw Forever Twelve perform at the Prog-West pre-show along with Bay Area band Ashpool. At that point, this Los Angeles based quintet were just getting started, on the heels of the release of their first album. On this, the band’s third full length release, they have come far in defining their style in the domain of busy, complex, symphonic progressive rock – in this case with a powerful female voice fronting the proceedings. Composition credits are mostly shared by keyboardist Steve Barberic, guitarist Tom Graham, and bassist / multi-instrumentalist Kenny Hundt, individually and in various combinations. All these players are giving it everything they’ve got, and shining brightly at every juncture, along with drummer Fernando Martinez. The seemingly constant stream of tempo changes and the primacy of strong melodics that operates throughout most of these nine tracks should please most hard-core prog fans. There is a bit of classic Yes influence (circa Topographic Oceans) at work on many of the tunes here, but there’s also the busy complexity of bands like Echolyn in strong evidence. Singer Cat Ellen is a fine vocalist, but she operates alone on all tracks save a couple where the guys provide some harmonies, and all taken, that will be the make-or-break with this album that clocks in at close to an hour. The superlative compositions and playing are the strongest assets here.

Jade Warrior - Distant Echoes – For the uninitiated, Jade Warrior's recorded history began around 1970 as a three-piece, integrating east Asian themes, introspective jazz-rock ideas, some elements of folk, and a lot more into a...  (1994) » Read more