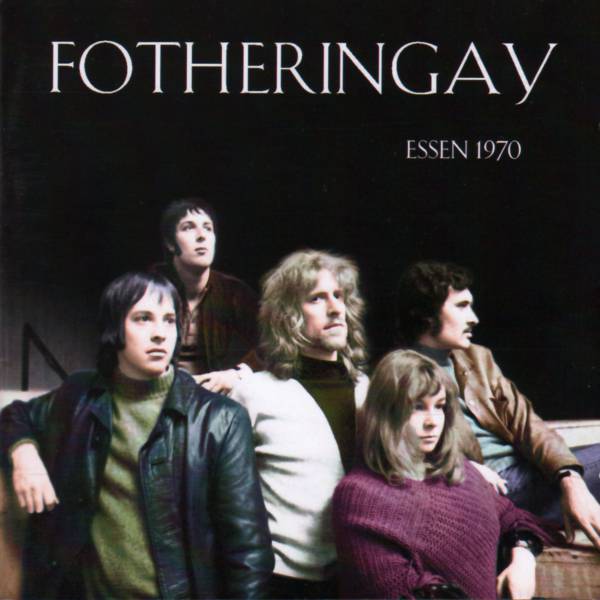 Although they were together only about a year, Fotheringay is generally seen as an interim step for singer Sandy Denny between her tenure (first time around) with Fairport Convention, with whom she had just recorded three excellent albums, and the beginning of her solo career. That's pretty much an oversimplification; the singer's heart and soul were in Fotheringay, borne partly of her dissatisfaction of the direction Fairport was taking, and a desire to work with her then-boyfriend future husband, guitarist Trevor Lucas, ex of Eclection. Following their self-titled debut album, the band had been gigging and gathering momentum throughout 1970, and had started work on a follow-up album when – according to Denny – she finally succumbed to pressure from producer Joe Boyd to break the band up and go solo. This concert, recorded at Grughalle, Essen Germany on October 23rd, 1970 just weeks before they split, shows a very confident band playing a selection of material from their debut including both sides of the single "The Ballad of Ned Kelly" / "Nothing More," their arrangements of Gordon Lightfoot's "The Way I Feel" and Dylan's "Too Much of Nothing," plus several songs that were to be included on the second album, closing with a rockin' cover of Chuck Berry's "Memphis." Like their debut and the posthumously completed second album (finally completed in 2008), the band's live persona is much like their recorded presentation, one foot firmly in the British folk and traditional sound, and the other foot in rock. This live release was produced by the band's lead guitarist Jerry Donahue, and the sound quality of the recording is respectably good. The liner notes (in both English and German) are excellent and exhaustively detailed. Essen 1970 is a perfect supplement to the two Fotheringay studio releases.