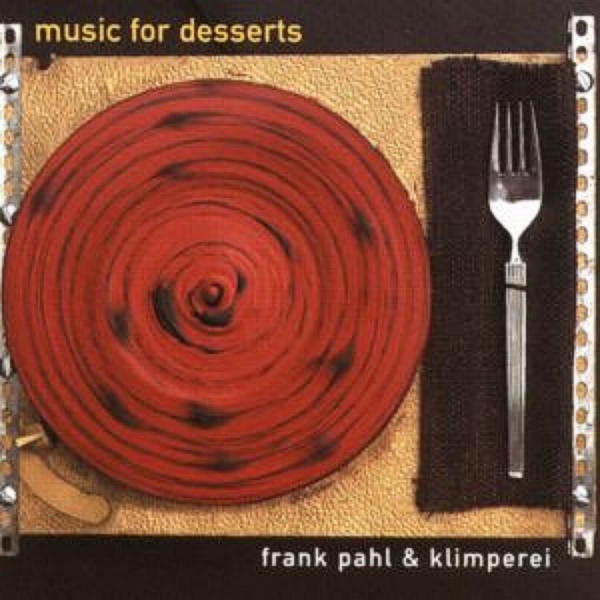 Here’s a new twist on contemporary chamber music. Much of this CD sounds as if it were recorded by an ensemble of extremely gifted kindergartners. Composer Frank Pahl plays a wide variety of instruments, many of them toys, and a number of them listed as “automatic.” There’s also a credit for “virtual pet: gerbil” which I’d just as soon not speculate about. Pahl is accompanied by Klimperei (Françoise and Christophe Petchanatz), who contribute keyboards, percussion, and other assorted things. The music possesses a kind of stuttery delicacy that can be quite charming. The 18 tracks are titled after desserts, from relatively standard fare like “Melon Sorbet” and “Crêpes Suzette” to such oddities as “Cats’ Tongues with Cream”. But the titles seem just amusement to me, as the music doesn’t sound especially “desserty” – if there is such a thing. Most of the songs feature rhythm parts that are a bit off-kilter, like a collection of wind-up toys, each running at its own speed. This clinking and scrunching is topped with pretty melodies, mostly of a drifting, wistful sort rather than dramatic or sweeping. All in all, to use the obvious expression, quite an intriguing confection, one that shows how experimental music need not be noisy and abrasive.